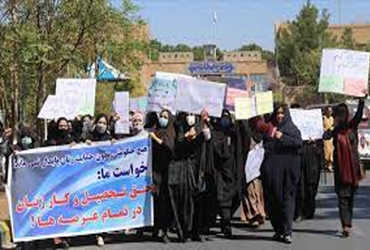 Kabul: In Afghanistan’s western Herat province, three dozen women protested in front of the governor’s office for women’s rights. The women have called on the new Taliban government to protect women’s rights.

We want the world to hear our voice. We want our rights to be protected. Another woman attending the rally, Maryam Ibrahim, said, “Although Taliban leaders are giving beautiful speeches on TV, we have found that they have started beating women again.”