Women should be included in government, women can read news on TV channels: Taliban 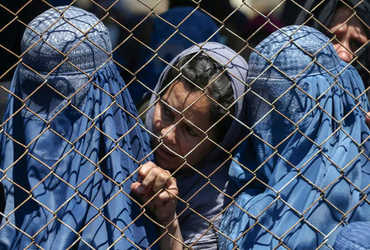 After capturing Afghanistan, the Taliban have started setting the agenda of their government. A senior Taliban official has announced that the Taliban will pardon all civilians. Along with this, women have been appealed to join the government.

According to the International News Agency, a spokesman for the Cultural Commission of the new government set up by the Taliban announced on a TV channel that women would be included in the government and that the Taliban did not want women to be victims of violence.

However, the Taliban has not yet clarified how the new government will be formed in Afghanistan. The Taliban, however, said the country would be led by Islam and would include all sections.

The Taliban statement comes at a time when the international community is also concerned about the future of women and children under Taliban rule. Another cause for concern is that wherever there are pictures of women, there is a mop. Because according to the rules of the Taliban, it is mandatory for women to wear hijab.

A few days ago, the Taliban also indicated that Sharia law would be implemented in the country.

The Taliban has urged government employees to return to work, saying it has no objection to female anchors broadcasting news on TV channels.