Withdrawal of all troops, end of US military operation in Afghanistan after 20 years 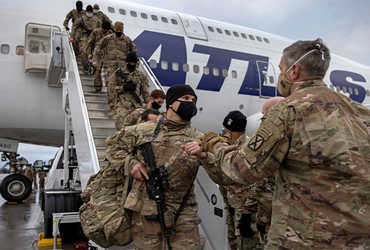 All US troops have finally withdrawn from Afghanistan, marking the end of a 20-year US military campaign in the country.

President Joe Biden said that in 17 days, US troops have evacuated 1.20 million American citizens, allies and their families from Afghanistan, the largest airlift mission in history. I have asked the External Affairs Minister to maintain coordination with our international partners. So that a safe passage can be found for Americans, Afghans as well as other foreign nationals.

“Tomorrow afternoon, I will address the people about why America’s presence in Afghanistan should not be increased further,” Biden said. The US will be in contact with its allies to reopen Kabul airport to allow those who want to leave Afghanistan to leave.