With vaccines donated by the United States, Haiti begins vaccination against Covid 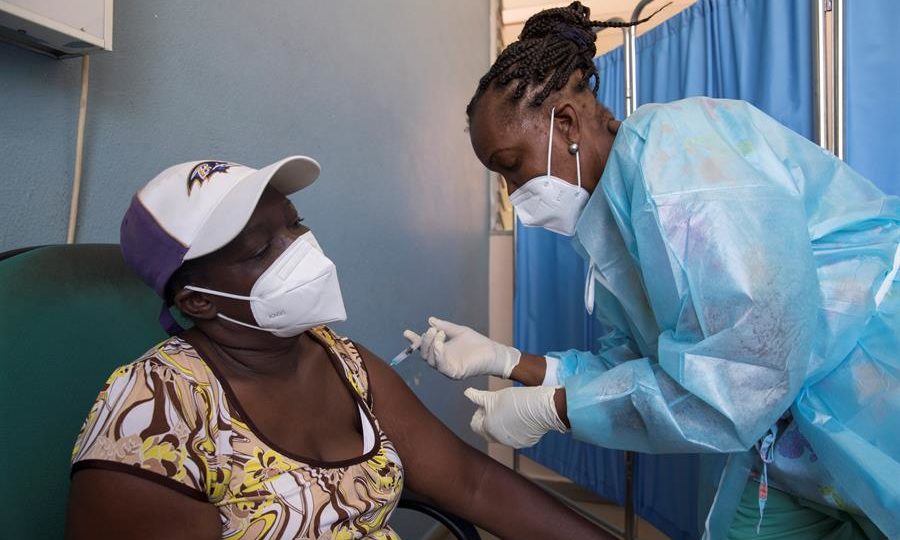 Haiti has launched a vaccination campaign against Covid-19 after the donation of 500,000 doses of Moderna’s immunizing agent, made by the United States. Photo: EFE / Orlando Barria

Employees of the CHU d’Haiti, in Port-au-Prince, began vaccination against Covid-19 in the country this Friday (16) after the arrival of the first batch of 500,000 doses of immunizing agents against the coronavirus .

The campaign, in slow motion, continued this Saturday (17). Most of the groups that reached the vaccination stage were made up of older people and health workers, identified as priorities by the Pan American Health Organization (PAHO), but there were also a few young people.

Nurse Marisse Joseph, who participates in the ongoing vaccination plan at the Delmas 33 center, told Efe that yesterday on the first day of vaccination 49 people were immunized.

Haiti was one of the few countries in the world not to have started vaccination against the coronavirus until this Friday, two days after the arrival of a batch of half a million Moderna vaccines, donated by the United States. United through the Covax mechanism.