With US departure, Taliban again attacked Panjshir province, heavy firing from both sides 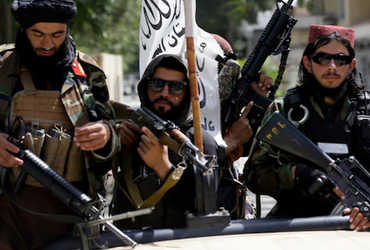 With the US withdrawal from Afghanistan, the Taliban have now attacked Panjshir province for victory.

The Northern Coalition, which is fighting the Taliban, has claimed that Taliban militants tried to infiltrate into the Panjshir Valley on Monday night. Meanwhile, shots were fired from both sides, in which at least seven to eight Taliban members were killed. While two of our goons have also been killed.

The Taliban, which has captured all of Afghanistan’s provinces, is yet to dominate the Punjab province. Here, the Northern Alliance under the leadership of Ahmed Masood is fighting the Taliban.

Along with Ahmed Shah Masood, former Afghanistan vice president and Ashraf Ghani, who declared himself acting president after the ouster of Ashraf Ghani, is also pushing the Taliban out of Panjshir province. The Taliban have tried to infiltrate here in the last few days but have been thwarted every time. Recently it was also claimed that hundreds of Taliban terrorists have been killed here.

However, efforts are being made to reconcile the two sides. However, it has not been successful yet.