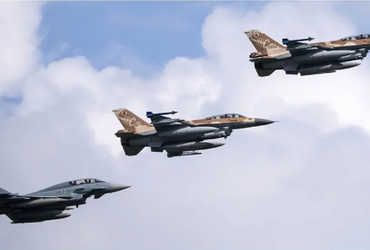 The Israeli military has been preparing for an attack for some time, fueling speculation and speculation that it may launch an attack on Iran’s nuclear facilities.

Iran wants to get a nuclear bomb by any means. For this it is running its nuclear plants vigorously and on the other hand Israel wants to stop Iran from making nuclear bombs at any cost.

A war game was recently held at an airport in the Israeli desert, which involved fighter jets from seven countries, including Israel. The purpose of the game of war is said to warn Iran.

The Israeli government has set aside a budget of 1.5 billion to prepare the Israeli military for a possible attack on Iran’s nuclear sites.

This information has come at a time when talks are going on between Iran and five of the world’s superpowers to restore the agreement reached in 2015. Under the agreement, Iran was to gain control of its nuclear activities and in return proposed lifting sanctions on Iran. The United States withdrew in 2018 and reimposed sanctions.

Many countries of the world do not trust Iran and think that Iran wants to get nuclear bomb.