Will humans marry robots in the near future? 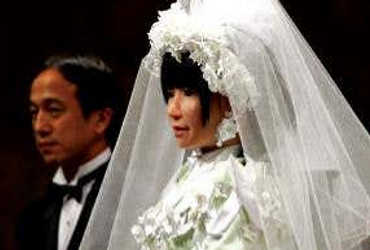 Today robots are used for everything from simple household chores to production in large factories. Artificial intelligence has made human life very easy. Saudi Arabia’s civilian robot Sophia has gained a lot of popularity in the world. He has also participated in business conferences organized in various countries of the world including India. Sophia’s current reaction doesn’t fall into human intelligence at all. Compared to the old robotic variants, the price of robot Sophia Haw is more similar to humans. He was trying to look, speak and give opinion like a man.

According to a source, by 202 there will be such a revolution in the field of artificial intelligence that humans will even marry robots. This was also said in a research paper in The Age of Living Intelligent Systems two years ago. The research paper quoted Dr David Hanson, the creator of the Sophia robot, as saying that not only could a robot marry a man, but it could also lead to voting rights, starting with the purchase of a house.

By 205 man will be able to do whatever he does today. Robots will also take part in the social rights movement in 205. The use of artificial intelligence has been increasing for some time now. In the coming decades, it will be difficult to differentiate between humans and robots. Man will be able to experience the power of robots more than the power of his brain. In addition, AI may have brought about drastic changes in the social and economic life of human beings.