Why is Indonesia leaving Jakarta to build a new capital? 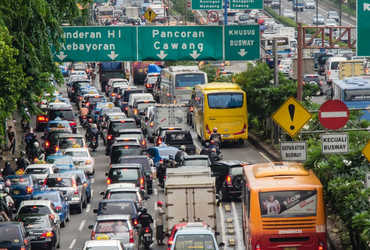 Indonesia is the nearest country to India in the Indian Ocean. India has good relations with the country with the largest Muslim population in the world and more than 7,000 islands. Indonesia’s capital Jakarta has decided to move its capital to a new location which is colored by India in terms of cultural and historical ties. It is interesting to know why Indonesia is stripping the world famous Jakarta from its status as the capital.

The new capital will be located on the island of Borneo, 2,000 km away from Jakarta.

Thus the talk of changing the capital is old. The new capital was proposed by President Joko Widodo in April 2016. No significant progress could be made on this proposal as the corona pandemic started in 2020. The construction of the new capital will start in the current year 207. The new capital will be built in the Kalimantan jungle on the island of Borneo, 2000 km from Jakarta. But the way is clear for the passage of the bill in Indonesia’s parliament on January 15. The National Capital Authority has been constituted under this proposal. 4 billion will be spent on the new capital.

Why did the old historical capital become a mess?

Jakarta is highly respected in Indonesian history, but the government has had some difficulties in times of change, so a new capital has been decided. (1) Jakarta is very dense, with the increase in population pollution has also taken its toll. (3) The geography of Jakarta cannot be changed. (3) It was not possible for the government to run the country made up of islands due to repeated natural calamities.

Not only will there be a capital but a new smart city, says President Joko Widodo

Indonesian President Widodo, however, said the new capital would not only be the identity of the country but would also be the economic capital of the country. The focus will be on construction of highways and ports by 207. The new capital will be a place where everyone will be close to each other. There will also be facilities for cyclists and pedestrians. Not only the capital but also the smart city will have zero carbon emissions.