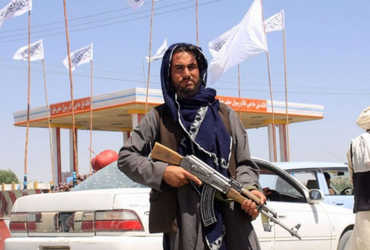 The name Taliban is remembered as the face of militant extremists on Afghan soil. Afghanistan is now in the hands of extremists dressed in fat, kurta and high pyjamas with guns in their hands. The world is watching the tears of women, children and youth of Afghanistan. Last year peace talks between the US and the Taliban were signed. It was believed that after that the lives of the people of Afghanistan would change, but with the arrival of the Taliban government, the tide of peace talks has turned again.

For over 30 years, countries including India have given much help and encouragement to Afghanistan to progress and progress on the economic front, which has become dusty. In April, the United Nations said the Taliban had seized 20 districts in the north. Taliban leaders had a very strong hold in the rural areas. It hasn’t rained as much as Asraf Ghani. The Afghan government had an army of 3 lakh soldiers which has been disbanded. Many soldiers have been forced to flee to Kazakhstan and Tajikistan on the northern Afghan border. Only 30,000 Taliban have fallen on 2 lakh.

The Taliban laid siege until US forces took control of the front, but they plotted to capture Kabul as soon as the opportunity arose. The Afghan government had no plan against this plan. This proves that the government of Abdul Ghani had no effect on the rural areas. It is not possible for the Taliban to carry out the operation without international help and weapons. More than 50 countries in Europe and the United States have called on the new rulers to ensure that human resources and human life are not affected. It all depends on how much the Taliban believes in this request. Experts agree that radical Tbililan has changed in 70 years. Not only have they been in constant contact with neighboring countries like China, Iran, Turkmenistan, but they have also spoken of no retaliation or hostility.