Why did Japanese Prime Minister Yoshihide Suga have to resign? 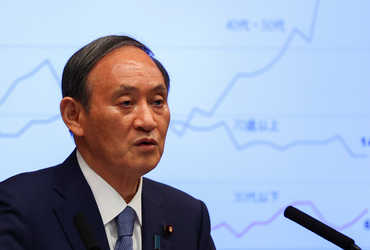 The resignation of Japanese Prime Minister Yoshihide Suga has been the subject of much debate. Yoshihide was believed to be forced to resign after the country’s defense budget was set at one percent of GDP, but he has resigned over criticism of Covid-12 and the Olympic Games. Japan’s defense strategy has changed over the years, which appears to have been calm over the years. Nationalism has long been seen in the statements of foreign policy leaders. Some aspects of the Constitution of the country have also been discussed from time to time. On 31 August, Japan’s Defense Ministry announced that it would increase its defense budget to 50 billion.

In this way, this amount does not seem much compared to America or China, but it is considered large for a country like Japan. If the budget is approved by the finance ministry and parliament, it will take effect in April next year. The Japanese defense ministry’s proposal points to rising tensions in the Indo-Pacific region. Japan sees China as the biggest threat and insists on strengthening its defenses. Japan’s army is also getting richer to counter China’s aggression. To deal with China, there is a need to change not only the budget but also the technology. China is the second largest power after America.

Tensions between China and the United States, China’s encroachment on the South China Sea in Southeast Asian countries, Taiwan and Singapore are issues in which Japan has a significant role to play. Japan is concerned with China over China’s grandparents in the Senkaku Island region. Protecting Taiwan is also an important responsibility of Japan. After World War II, Japan linked the defense of Taiwan to its own security. Japan also has to deal with China’s ongoing tensions with Taiwan.

The case of China and Taiwan is years old but has reached a critical state. Former Japanese Prime Minister Shinzo Abe began preparing Japan for international defence. China has been embroiled in the Senkaku Island dispute since the time of Shinzo Ambe. Political turmoil has begun at home in Japan, but the defense budget is not an issue for the caretaker prime minister. Yoshihide Suga’s popularity plummeted due to the Corona and the costs behind the Olympic plans. No government can compromise on Japan’s defense policy and its needs.