Why Democratic Politicians “Fled” from Texas to Washington 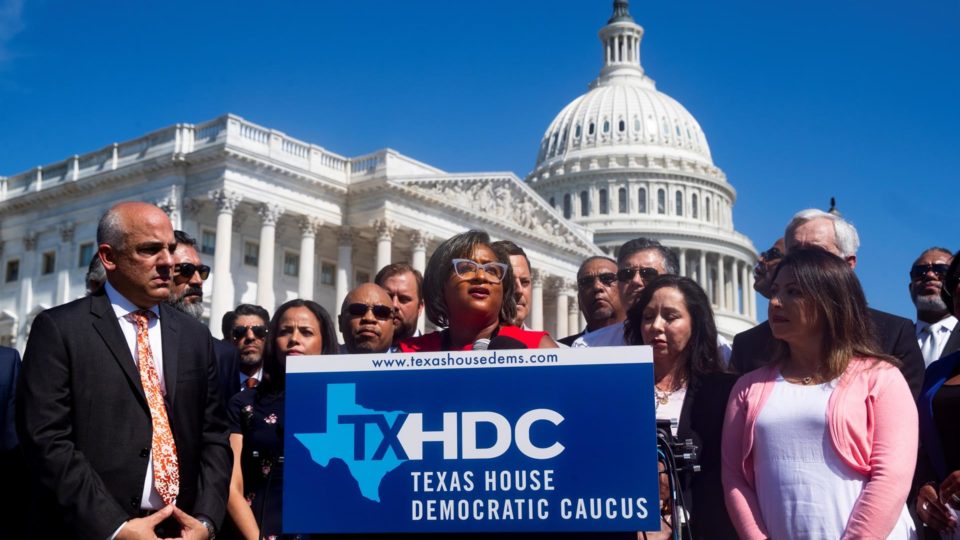 Democrats in the Texas House of Representatives left the U.S. state last week in an attempt to block a vote on electoral law changes in the Republican-controlled House. Representatives will be subject to arrest under House rules upon their return to Texas.

The group of at least 51 of Texas’ 67 Democratic representatives left Austin on July 12, mostly on two charter flights, to the U.S. capital, Washington, in an effort to prevent the House from reaching the quorum necessary for the vote. . MPs have pledged to stay out of state until the end of the legislature’s session in August. Nine Democratic senators also left the state, but the Texas Senate still had enough lawmakers, including four Democrats, to lead the vote.

The quorum required to vote is two-thirds of the House, which has 150 seats, meaning that 100 representatives must be present. In the absence of at least 51 Democratic deputies, the session cannot be held. In the Senate, 21 of the 31 legislators must attend the sessions.

The extraordinary session of the legislature ends on August 6. Besides voting on changes in the electoral process, evaluating bills on topics relevant to state conservatives, such as abortion, critical race theory, combating “censorship” social media and the restriction of transgender athletes in competitions were also expected schoolchildren.

Texas Gov. Greg Abbott has vowed lawmakers will face reprimands upon their return to the state. “Once they get back into state they’ll be arrested and taken to Capitol Hill and then we’ll do business,” the Republican governor told Fox News. However, law professors have told the U.S. press that the governor does not have the power to arrest Representatives, but Democrats may be forced to return to Capitol Hill to perform their duties.

In the aftermath of the Democrats’ “flight”, the House voted to issue arrest warrants to force MPs to return to Texas. However, Democrats remain in Washington.

what would be voted

The bill includes restrictions on postal voting and bans 24-hour voting and drive-thru voting, as well as limiting the collection of ballots by third parties, including new requirements to identify voters. who vote by mail and increased penalties for election officials who fail to comply with the regulations. Similar restrictions on the electoral process have recently been enacted in other US states and are believed to be detrimental to Democratic campaigns in the country.

“Today, Texas House Democrats are united in our decision to break the quorum and refuse to allow the Republican-led legislature to pass dangerous legislation that undermines the voting rights of Texans,” said Democratic leaders said in a joint statement released last week.

Democrats chose to go to Washington because electoral reforms similar to those being discussed in Texas are also being debated at the federal level, and they hope to draw national attention to opposition to those reforms.

While in the U.S. capital, Texas Democrats are pressuring U.S. senators to pass laws that will make it harder for states to limit access to the vote.

This is the second time this year that Democrats have left the Texas home to block a vote. In May, Democratic lawmakers left the House hours before a session ended, although on that occasion they walked a shorter distance, going only to a church in Austin.

Of the nearly 60 Texas Democrats who left the state for Washington, six have tested positive for Covid-19 in recent days.

“Despite the follow-up to the CDC’s recommendations [Centro para Controle e Prevenção de Doenças dos EUA] and being fully vaccinated, I tested positive for Covid-19 on Monday, ”Congresswoman Donna Howard said in a statement on Tuesday (20), adding that she was not showing any symptoms of the infection.

Over the weekend, five other members of the Texas House of Representatives Democratic caucus were diagnosed with coronavirus. In recent days, lawmakers have met with US Vice President Kamala Harris and other lawmakers in Washington.

After the meetings, Kamala Harris tested negative for Covid. But others in the White House and Capitol Hill have tested positive, including an official in the office of U.S. House Speaker, Democrat Nancy Pelosi, who accompanied the delegation last week.

The entire Texas Democratic delegation is currently in a Washington hotel and meetings are being held virtually.