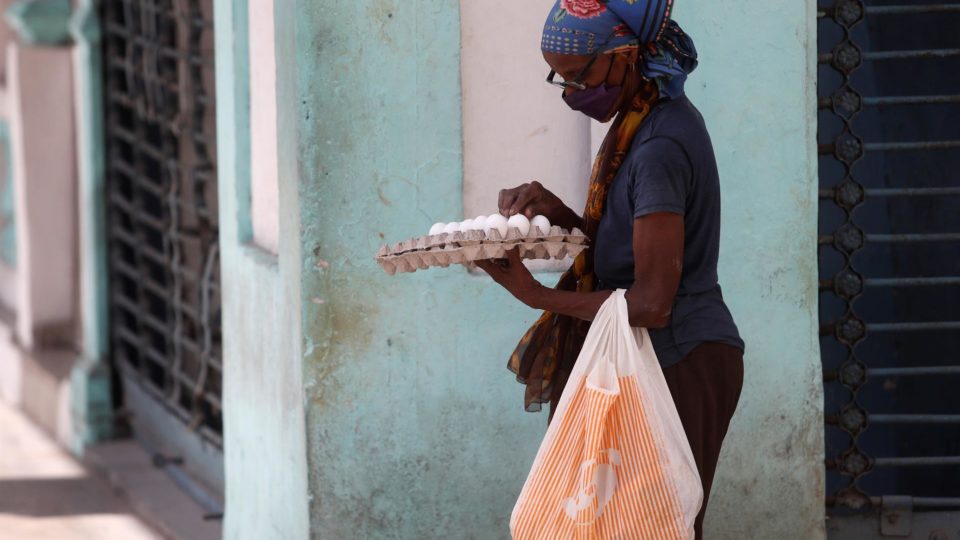 A woman counts eggs after making a purchase on August 26, 2021 in a street in Havana, Cuba. Photo credit: EFE / Yander Zamora

Since the change of command between brothers Fidel and Raúl Castro, Cuba has promised reforms to improve the investment environment and economic activity on the island. However, over the past decade there has been a lack of political will, resistance to making more room for private initiative (despite some progress in this regard) and a tendency to keep the country’s production under control. of State.

Some reforms were made during this period, as political scientist and president of the Cultura Democrática organization, Micaela Hierro, explained to Gazeta do Povo. However, she stresses that they were superficial, without the regime adopting significant measures to change the economic system centralized in the state. Some of the main changes that have taken place in Cuba since the regime of Raúl Castro include:

2008: Cubans have access to mobile internet and can have computers at home. This gave citizens access to information beyond the 2010 state press monopoly: the regime legalized entrepreneurship on the island, allowing “cuentapropismo” with the aim of reducing the number of public employees and thus save by paying less wages. When Raúl left the presidency in 2018, more than 500,000 “cuentapropistas” were registered in the country. According to the Cuban press, there are currently 600,000 cuentapropistas in the country – this year the regime has allowed these entrepreneurs to carry out more than 2,000 activities, thus expanding the list which previously only included 127.2011: legalization of the buying and selling properties – until then, real estate transactions were done by barter. It was also allowed to buy cars, but the majority of the population did not have enough income to buy them, and to take out bank loans, mainly to finance agricultural activities – few people, linked to military power and to the Communist Party of Cuba, 2013: with the migration reform of the previous year, Cubans were able to travel abroad without needing a special permission granted by the government. However, a certain arbitrariness persisted. For example, doctors and lawyers need time off from their jobs to travel. Activists and opponents are at the mercy of political will – as of 2018, what they call “regulated,” people who restricted their right to migrate for no reason began to increase. Before the pandemic, 200 cases of “regulated” opposition activists were reported. In addition, Cubans who spend more than 2 years abroad risk losing their residency. After this period, you will have to follow a procedure to recover the right of residence in your own country.

Also during Raúl Castro’s government, certain economic measures did not have the desired result, such as the liberalization of foreign investment and the relaxation of rules to encourage private agricultural production.

According to Micaela Hierro, these measures were “totally ineffective” because they remain trapped in conditions imposed by the state, which dictates the rules of the market and dominates the economy.

“The reforms of [era] Raúl has no effect because the economy and investments have not yet been liberalized, because everything is under state control and the accumulation of wealth is still prohibited. Survival entrepreneurship is allowed, but free enterprise is not ”.

Under the pressure of the economic crisis and border closures during the pandemic, the Cuban dictatorship adopted a broad monetary reform.

On January 1, 2020, a single currency, the Cuban peso, came into effect, with an official listing of USD 1 equivalent to 24 pesos. The convertible currency that was equivalent to the US dollar, used by tourists, ceased to exist. The devaluation of the currency was accompanied by an increase in wages and pensions, an increase in the prices of basic consumer goods and the removal of state subsidies.

But the regime seems to have waited too long to complete the monetary reform, which economists have long been calling for. He decided to implement it in a complex economic moment, when there are fewer dollars circulating in the country.

“The Covid-19 timing, the low frequency of flights and the low number of tourists entering the country did not allow more dollars to enter the country. In addition to the restrictions imposed by Donald Trump on remittances to Cuba, the closure of the Western Union (money transfer agency), today the economic crisis is also linked to inflation for monetarist reasons ”, underlines Hierro .

In part, the July 11 protests against the Cuban dictatorship were motivated by discontent over this deterioration in the purchasing power of Cuban citizens – although the main motto of the protests was the call for free speech, in response to a growing wave of persecution of dissidents promoted by the regime since the beginning of the year.

Another economic change implemented by dictator Miguel Díaz-Canel came a few days after the protests: the legalization of micro, small and medium-sized enterprises, whether public, private or mixed. However, these companies will not be able to operate in areas deemed strategic by the regime, such as health, telecommunications, energy, defense and the press.

There are even more obstacles for private SMEs: they will not be able to establish themselves in certain activities authorized for freelancers, such as computer programming, accounting, translators and interpreters; and import and export will continue to be the responsibility of the state.

Cuban economist Pedro Monreal considers that the rules “do not seem to favor the role of investors, there are uncertainties as to the possible association of private SMEs with foreign capital, and offer asymmetric treatment to private and state actors”.

Another Cuban economist, Elías Amor, believes that the framework “is interventionist, regulatory, controlling and, above all, well endowed with instruments to punish those who deviate from what is established in the norm”. According to him, the regulation “did not resolve the constitutional question according to which the means of production belong to the people and are administered by the state”.

This change comes on top of other half-reforms implemented by the Communist dictatorship over the past decade, which are far more rhetorical than effective, according to Hierro’s assessment.

“They are only a make-up for the regime to sell its image of economic openness, while politically it wants to continue to keep the totalitarian government and the Cuban people isolated from the capitalist world.”