WHO scientist reports pressure to rule out lab leak theory 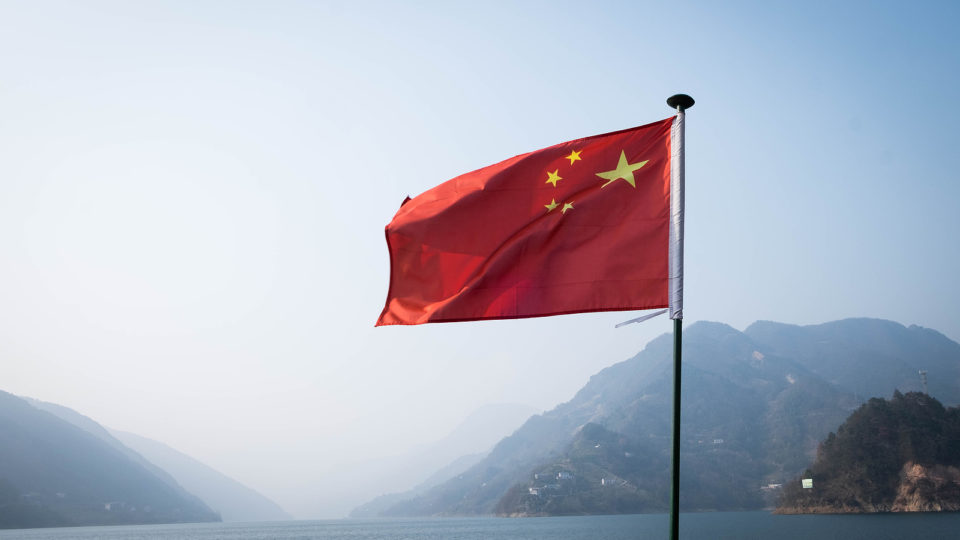 The flag of China decorated on the travel boat at the Three Gorges Dam. Illustrative image. Photo: Phongsaya Limpakhom / Bigstock

Peter Ben Embarek, a food safety and animal disease expert who led the World Health Organization (WHO) investigation into the origins of the novel coronavirus, said in a new documentary that Chinese colleagues influenced the presentation of the team’s results.

In the documentary entitled “The mystery of the virus”, broadcast Thursday evening on Danish television, Ben Embarek says that the Chinese researchers of the group were opposed to the establishment of a link between the origins of the pandemic and the Institute of Wuhan virology in a report that details the investigation.

“At first they didn’t want anything from the lab [no relatório], because it was impossible, so there was no need to waste time on it, “said Ben Embarek.

The team, which included experts from ten countries, released a report in March claiming the virus likely spread from animal to human, calling the theory that the virus was released in an accident in laboratory of “extremely unlikely”. The researchers said they would not recommend further investigation.

In the new documentary, Ben Embarek says the discussion of including the lab leak theory in the report lasted up to two days before the mission was concluded.

He said his Chinese counterpart finally agreed to discuss the theory of laboratory leaks in the report “on condition that we do not recommend any specific studies to promote this hypothesis.”

Documentary filmmakers asked Ben Embarek whether the use of the phrase “extremely unlikely” in the report was requested by Chinese researchers. Ben Embarek said “this is the category we chose to put it in at the end, yes”.

However, he noted that this meant the theory was not likely, but not impossible.

He added that one possibility was that a lab worker accidentally brought the virus to Wuhan after collecting samples in the field, which would be both a theory of a lab leak and a hypothesis of infection. direct from a bat, which was described as “probable” in the report.

“An infected lab worker in the field while collecting samples in a bat cave – this scenario belongs as much to a laboratory leak hypothesis as to our first direct bat infection hypothesis We saw this hypothesis as a probable hypothesis, ”says Ben Embarek.

He also suggested in comments during the interview that were not included in the documentary that there may have been “human error”, although the Chinese political system does not allow authorities to admit it. .

“It probably means that there is human error behind such an event, and they are not very happy to admit it,” Ben Embarek said, as Danish channel TV2 reported on his website. “The whole system is very much about being foolproof, and everything has to be perfect,” he added. “Someone might also want to hide something. Who knows?”

Ben Embarek reconsidered his comments in a statement to the Washington Post, claiming that the interview was poorly translated in English media coverage.

A WHO spokesperson also said the comment was poorly translated and noted that the interview took place “months ago.”

“There are no new elements or change of position [de que] all assumptions are on the table and WHO is working with Member States for the next step, ”the spokesperson said.

Health experts around the world have said the novel coronavirus likely originated in Wuhan, China in November 2019. In recent months, scientists have questioned whether the virus came from a live animal market in Wuhan. or was the result of an accident in one of the two of the city. laboratories – the Wuhan Institute of Virology and the Wuhan Centers for Disease Control – which studied coronaviruses of bat origin.

Beijing has worked hard to control the narrative surrounding the virus, punishing citizen journalists who spoke out against the government’s explanation of events. The government has also monitored all research done in the country into the origins of the virus, according to the Associated Press.

Last month, the WHO chief said it was “premature” to rule out the possibility that the new coronavirus had leaked from a laboratory.

WHO “calls on China to be transparent, open and to cooperate, especially with the information, the raw data that we have requested in the early days of the pandemic,” said Director General Tedros Adhanom Ghebreyesus at the meeting. ‘a press conference on July 15.

He said there had been a “premature push” to rule out a lab leak as the source of the coronavirus pandemic.

The hypothesis of a laboratory leak has gained new attention in recent months after US President Joe Biden in May ordered the US intelligence community to assess the likelihood of a leak.

Brittany Bernstein is the editor of National Review Online.