Who is Masood Khan of Pakistan: Whom America does not accept as ambassador, what is the jihadi connection? 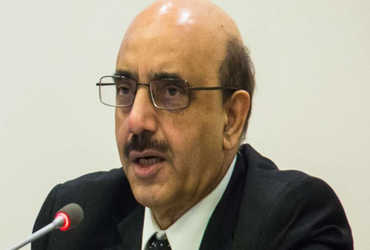 There is a lot of discussion these days about Masood Khan of Pakistan. The main reason for the debate is that Masood Khan has been declared ambassador to the US by Imran Khan’s government but the US Joe Biden administration is suspending his acceptance for two months. Due to which Pakistan is getting a lot of defamation. Imran Khan appointed Masood Khan as his ambassador to the US in November, but approval for his appointment is taking a long time. In fact, Republican lawmakers in America have made serious allegations against Masood Khan.

“Masood Khan is a jihadist and a true supporter of terrorists,” said Scott Perry, a Republican lawmaker in the United States, in a letter to US President Joe Biden. Even more so, Masood Khan has harmed American interests as well as the security of our Indian allies. Hence Masood Khan’s nomination should be cancelled.

Who is Masood Khan really?

Masood Khan is known for his anti-India and sympathetic attitude towards terrorists. They have been seen opposing India’s stand even when peace is established between India and Pakistan. They believe that India has occupied Pakistan while Pakistan itself does not officially recognize Kashmir as its own.

Masood Khan, on the other hand, is mostly a supporter of terrorists. Recently, he said that while the US can talk to the Taliban, a one-time dangerous enemy, it should also pave the way for the release of Afiya Siddiqui, a US prisoner. Afia Siddiqui is better known as Lady Al Qaeda. Masood Khan has also described the dangerous terrorist Burhan Bani killed by the Indian Army as a hero.

He worked with China to thwart Indian efforts to ban Jaish-e-Mohammed leader Masood Azhar at the United Nations. Imran Khan has chosen Masood Khan because of his anti-India and anti-Modi stand.