Who, how and where the mercenaries of the Wagner group work 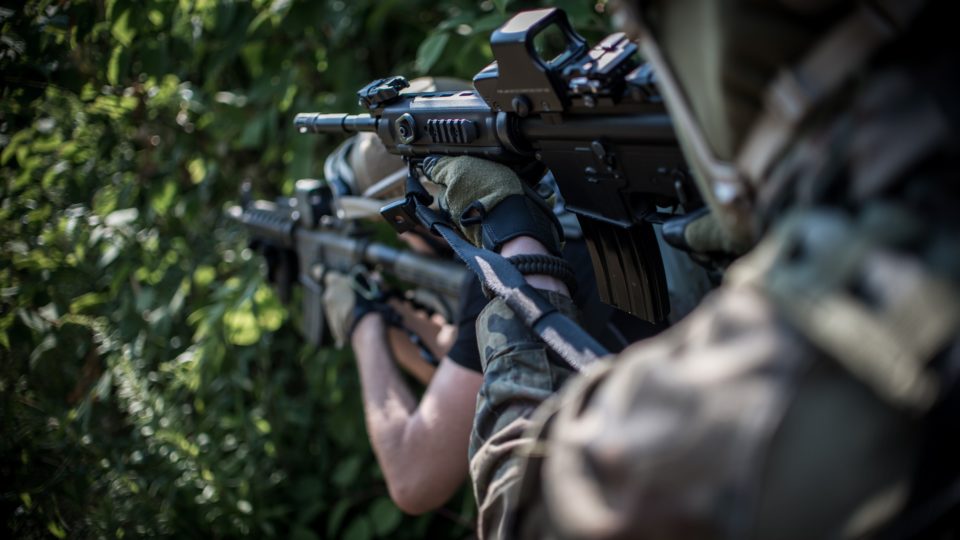 The Wagner Group is one of the most famous but at the same time most obscure private military companies in the world. On Wednesday (11), a BBC News investigation revealed new information about the functioning of these Russian mercenaries, their involvement in the Russian army and their participation in the war in Libya, where they are working alongside rebels commanded by General Khalifa. Haftar.

After the publication of the investigation, the Deputy Prosecutor General of the Libyan Military Public Prosecutor’s Office, Mohamed Gharouda, announced that an arrest warrant had been issued against the son of the late Libyan dictator Muammar Gaddafi, Saif al-Islam Gadhafi, wanted for war crimes committed by the Wagner group during General Haftar’s offensive against the capital Tripoli in 2019.

From the new revelations, understand what the Wagner Group is, how and where it operates, and its relationship to the Kremlin.

What is the Wagner Group?

It is a Russian private military company (SMP) that operates in the shadow of civil wars and conflicts to defend Russian interests. Its members have been involved in combat operations, intelligence gathering and analysis, protection services, training, security, information operations and propaganda in various parts of the world. The Wagner Group is, analysts say, deeply linked to the Russian armed forces and the country’s intelligence services.

How did they get there?

The first members of the Wagner group were members of the Slavonic Corps Limited, one of the first Russian private military companies to intervene in the Syrian civil war in 2013, but which was quickly defeated. The founder of the Wagner group is Dmitry Utkin, a former officer of the Russian Military Intelligence Service (GRU), who fought in both wars in Chechnya. Wagner was his nom de guerre, which ended up baptizing the group.

PMC’s first experiences took place in 2014 in the civil war in eastern Ukraine, where mercenaries helped improve the capacity of Ukrainian rebel groups in areas such as Donbass, and in the Syrian conflict, where they helped pro-Assad forces conduct assault and raid missions. .acknowledgement. In Syria, moreover, the Wagner group carried out operations in several important battles alongside the Russian and Syrian military, including the liberation of Palmira in March 2016, then controlled by the Islamic State.

Who are its members ?

Experts say those joining the group are men, usually middle-aged, who live in Russian city centers, do not have good job prospects, have families to support and a lot of debt to owe. pay. Money is their main attraction.

Veterans have told BBC News that mercenaries are not recruited by an organization called the Wagner Group. They are hired by shell companies for temporary services such as security or working on oil rigs. Before being trained, they undergo physical and safety tests.

More than 10,000 men are said to have signed at least one contract with the PMC.

What exactly are they doing?

According to expert Sergey Sukhankin, participation in the war in Syria showed that the Wagner group can be used successfully in military tasks when the opposing force is relatively weak – when they encountered American troops in the Battle of Khasham, Syria, in 2018 were massacred.

They can also work alongside regular formations, carry out reconnaissance missions and collect intelligence; they can secure strategic locations where Russian financial interests are involved; and they can also be used to train local military personnel. These last two functions, according to the researcher, are regularly carried out by Western private military companies.

Where does the group work?

After successful operations in the civil war in Syria, the group modernized and expanded. Researchers believe his mercenaries are acting or have acted in various conflicts around the world, such as in sub-Saharan Africa, Libya and Venezuela, where they provided security for dictator Nicolás Maduro. For missions, they rely on various military equipment, such as rifles, tanks and advanced radar systems.

How does the group act?

A former mercenary admitted to the BBC that prisoners are being executed, saying “no one wants an extra mouth to feed”. Another said there were no clear rules of conduct. If a captured prisoner had no knowledge to impart, or could not work as a “slave”, then “the result was obvious”.

A tablet that belonged to one of these mercenaries who worked in Libya recently found its way into the hands of a journalist from the British channel. According to him, the device contained evidence of the involvement of these fighters in the establishment of landmines and traps in civilian areas of the country.

What is the relationship with Moscow?

Russia denies any involvement with the Wagner group, but experts on the matter cite relations. The very fact that Dmitry Utkin served in the GRU and is still close to the Kremlin is indicative. The BBC also had access to a “shopping list” of weapons, which analysts said “would only be accessible to Russian soldiers.”

Another document obtained by the British broadcaster quotes Evro Polis, a Russian company which is said to be the beneficiary of contracts for the development of gas and oil fields in Syria. Some Russian scholars believe Evro Polis is linked to St. Petersburg businessman Yevgeny Prigozhin, who is very close to President Vladimir Putin. Prigozhin denies having any relations with Evro Polis or the Wagner group.

We also know that since 2015, Russia has increasingly used private military companies as a tool of foreign policy.

According to CSIS surveys, Russian mercenaries – not just from the Wagner Group – are active in Africa, the Middle East, Europe, Asia and Latin America, acting in the interests of the Russian government or the Russian oligarchy. , developing trade and its economic influence. in developed countries. Among these interests, we can highlight: oil and gas in Syria; gold, uranium, arms and diamonds in the Central African Republic; oil, gold and arms in Venezuela; and infrastructure and hydrocarbon projects in Libya.

In addition, PMCs like the Wagner Group represent an important component of Russia’s irregular war campaign, often in cooperation with the Kremlin and security agencies within government. That is, the mercenaries work in areas on matters that the Russian military could not.

According to the US Intelligence Community’s 2021 Annual Threat Assessment, “Private military and security companies run by Russian oligarchs near the Kremlin extend Moscow’s military reach at low cost, allowing Russia to deny involvement and to distance oneself from the victims on the battlefield ”.