WHO calls for global moratorium on booster dose of Covid-19 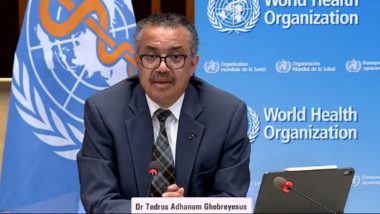 The World Health Organization (WHO) asked this Wednesday (4) for a global moratorium on booster doses against Covid-19, after some countries have decided to offer a third dose of vaccine to the elderly.

“We understand the concern of governments to protect their populations from delta variants, but we cannot accept that countries which have used the majority of vaccine stocks use even more, while the world’s most vulnerable populations are not protected. “, said WHO Director-General Tedros Adhanom.

Of the 4 billion vaccines administered globally, more than 80% went to high- and middle-income countries, which together represent less than half of the world’s population. According to Tedros, this illustrates the inequality of access to vaccination agents to fight the pandemic.

Tedros explained that the requested moratorium would be valid until the end of September, the deadline for at least 10% of the populations of each country to be fully vaccinated, but the WHO chief admitted that it will be difficult to reach this goal.

Rather than shrinking over the months, inequalities in vaccine availability have widened, according to WHO experts. While more than half of the European population and around 70% of the United States have already been vaccinated, only 2% of people in Africa have already received the full immunization schedule and 5% have had access to the first dose.

The Director General stressed that, in order to reach the target of 10% of all vaccinated populations, “the cooperation of all, especially companies and some countries which control the global supply of vaccines” is necessary.