Which flights were canceled and which were changed? 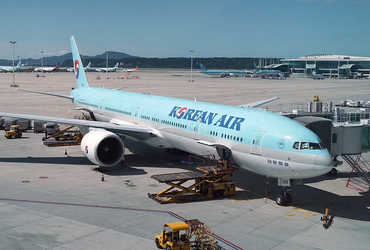 20 passenger and cargo flights of the Boeing 777 are scheduled to depart for the US on Thursday from Japan’s Haneda and Narita airports, although the company said it could replace the Boeing 777 used on some US flights. Airlines have advised passengers to be prepared for rescheduling of flights of various aircraft and to attach tickets for the same.

Air India has canceled a total of eight flights from Delhi to New York, San Francisco, Chicago, Mumbai and Newark.

Hong Kong’s Cathy Pacific has said it is ready to land its plane at airports affected by the US, with no cancellations if it deems it necessary.

South Korea’s largest airline Korean Airlines has flown four of its passenger aircraft Boeing 777 to 787 and two cargo planes 747-8 to 747-400 overnight. In this way he has avoided canceling the flight.

Austrian Airlines has used aircraft other than the Boeing-777 instead of canceling flights.

Germany’s Lufthansa has chosen a Boeing 747 instead of a Boeing 777 on some flights to the US.