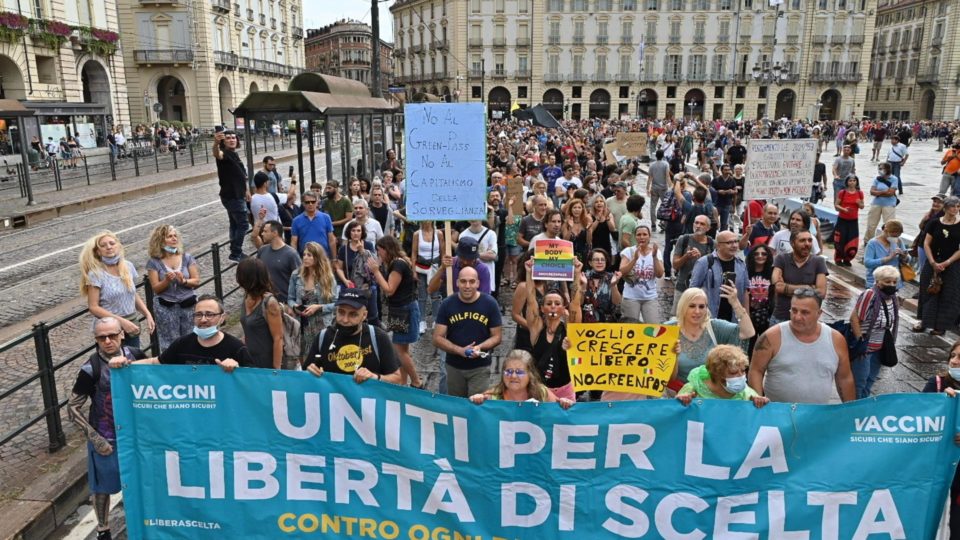 “Covid passports” or “green certificates” are fully operational in the European Union. Since July 1, the digital passport is available and mandatory for all member countries.

The certificate required to travel between the countries of the bloc presents a certificate of vaccination against Covid-19, a negative test, or proof that the disease has already been experienced. The first countries to use the system were Germany, Bulgaria, Croatia, Denmark, Greece, Poland and the Czech Republic – which had been connected to the European Union system since June 1.

Next come France (June 23) and Norway (June 24). After that, the other remaining countries also entered the European system. This request took place without too much friction within the population. The demand for vaccination certificates at borders is not uncommon: several countries already required the presentation of a yellow fever vaccination certificate before the onset of the pandemic, for example.

Protests against “covid passports” have mainly taken place in countries which enforce the requirement within their own borders, mainly for access in closed places. These measures are contested even by the owners of the business establishments concerned.

Here is a list of countries that are adopting restrictions for those who do not hold a “green certificate” and those who are considering adopting them:

The first country to require the new certificate on its own territory was France. Since July 21, it is mandatory in all places of leisure and culture that bring together more than 50 people. From August, the passport will be compulsory for customers and employees of public places: cafes, bars and restaurants (including outdoor areas), trains, planes and buses for long distances, shopping centers and retirement homes .

To encourage vaccination, the government will launch a national campaign in September to distribute doses to those who have not yet received them. After this period, PCR or antigenic tests will be paid for, except on prescription. These rules apply to all people over 12 years old.

Thousands of French people across the country protested against these measures. Critics of the plan say the president violates individual freedoms and promotes discrimination against those who do not want to be vaccinated.

Second country to announce measures (and in the face of resistance from the population), the “green passport” will be required from August 6 in Italy, for all citizens over 12 in covered restaurants, and in places where it is consumed at the table, also to attend cinematographic and theatrical performances, to participate in sporting events and competitions, to go to swimming pools, gymnasiums, as well as to fairs, festivals, conferences, parks of attractions, game rooms and participate in competitions.

Mario Draghi’s government, however, is reluctant to further extend the restrictions and follow the French example. The Italian Prime Minister declared on the 28th that he will wait for the evolution of the epidemiological curve to decide on the obligation to use the passport for teachers, and on means of transport such as buses, planes and trains.

With an economy heavily dependent on tourism, protests against government measures have so far been quite expressive.

In Ireland, many of its famous pubs, especially those that do not serve food, have been closed since March 2020. At the end of July, the pubs were reopened for customers who present the “green certificate”.

These measures, while welcomed by some, have also given rise to protests in Dublin, the country’s capital. The crowd roamed the streets, demanding “freedom” against “health apartheid”.

Although without much fanfare, Belgium has also started to require proof of vaccination for events of more than 1,500 people. And, in Spain, although there is no national plan, in the region of Galicia the certificate is required for internal access to hotels and restaurants.

Germany and England, two important countries in the European scenario, have not yet announced that they will adopt passports for internal use, although the measure is being considered, depending on the evolution of the epidemiological curve arising from the delta variant and compliance with vaccination programs. against Covid -19 in the northern hemisphere in the summer.

The measures proposed by the two governments were so far much less restrictive. British Prime Minister Boris Johnson has announced that he is planning the club-only certificate from September.

German politicians, who are also preparing for national elections in September, are reluctant to adopt a measure that could displease part of the electorate. However, the possibility of closing access to closed places that may be overcrowded for those who do not have a “green certificate” is not ruled out.