Where is the fugitive President of Afghanistan Ashraf Ghani hiding in fear of the Taliban? 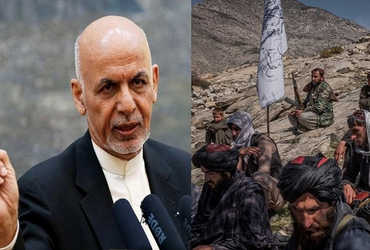 There is a saying in Gujarati that the king whose blind falls in the well. Such is the situation in Afghanistan. As the Taliban took control of Kabul, President Ashraf Ghani took over the reins of the country. Progressives who did not support the Taliban hoped that the Ashraf government would act, but no one thought it would fall to its knees. The fact that the Taliban leader appears to be sitting on a throne occupying the presidential palace is the beginning of Taliban rule. Ashraf Ghani wrote a post on Facebook explaining why he ran away. In his address, the Afghan national defended his decision, saying that leaving the capital was a difficult decision for him. This step was taken to stop the bloodshed in Kabul, not wanting to endanger the lives of millions of innocent people.

When the armed Taliban wanted to enter Rashtrapati Bhavan, they had the option of standing in front of them or leaving the beloved country they have spent 20 years protecting. In a city with a population of 60 million, countless people would have died. The Taliban have come to power at sword and gun point, so now they have a responsibility to protect the dignity and life of the people. Although Ashraf Ghani defended as much as he could, he did not have the skill or plan to face the Taliban. Troops from the US and allied countries took over security during the 20-year rule. These foreign soldiers started saying goodbye as soon as the Taliban came to power.

The people of the rural and remote areas of Afghanistan could do nothing more to gain confidence in the Afghan government than the Taliban. If that were the case, the people and the Afghan army would fight the Taliban. Afghanistan, with a population of 3.80 crores, had an army of 3 lakh soldiers. The army could not remove 90,000 Taliban fighters. The country in which Ashraf Ghani has sought political asylum is also in the news. They have reportedly fled to neighboring Tajikistan. However, Qatari TV channel Al Jazeera reported that Ashraf Ghani, his wife, army chief and national security adviser were in the Uzbek capital Tashkent. Guinea is also believed to have taken refuge in Iran but this does not seem to be true as relations between the Taliban and Iran are normal.