Where did the Taliban get the money to fight the war in Afghanistan? 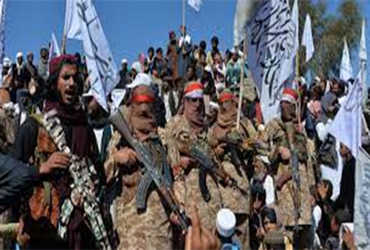 – Over a period of two decades, the Taliban have become more disciplined and wealthier

Kandahar: The Taliban may have looked like a snail in the 1980s, but now in 2021, major changes are being seen in their way of living and working. The violence and cruelty committed by them did not make any difference but it is true that they have immense wealth.

The sources of the Taliban’s income were reported as drug trafficking, security money and donations.

According to a secret NATO report, the Taliban’s annual budget in 2016-20 was 1.2 billion. This is 200 percent more than the figures for Forbes.

In the same fiscal year, the budget of the Afghan government was 4.5 billion. Of this, less than two per cent was allocated for security. The United States has largely funded the Afghan government to keep the Taliban out of Afghanistan. The United States has spent 1 trillion rupees on training Afghan soldiers over the past 15 years. But Afghan soldiers have not been able to fight the self-sufficient Taliban. Now that the government is in power, the economic power of the Taliban will increase.