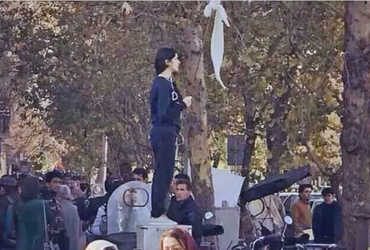 The hijab controversy in Karnataka does not go unnoticed. The issue of its opposition and support in Karnataka is thus an internal matter of India but the neighboring country of Pakistan has given a statement of disturbing the peace without any reason. Pakistan forgets whether hijab should be worn in offices, schools and colleges, which has been the subject of controversy all over the world including Islamic countries. The Middle East has always been divided on this issue. Shia Iran has a long history of anti-hijab protests.

The last anti-hijab movement lasted for a year and a half in December 2017. A woman named Movaed started a protest against the hijab in Iran. That’s why she is known as the girl of Angular Street. On 27 December 2017, she waved her hijab as a flag on Engambel Street in Tehran, the capital of Iran. Imprisonment of such protesters is common in Iran. Mowed was also imprisoned. She was later released on bail, but in the meantime the debate over wearing the hijab has intensified.

Before the Islamic Revolution by Ayatollah Khomeini, Iran was a western-influenced fashionable, progressive and liberal country. Orthodox Islamic rules and traditions were introduced after Khomeini’s revolution in 1980. Under the new decree, it was mandatory for women to wear the hijab. Women who refused to wear the hijab were sentenced to up to two months in prison. Iranian women opposed the hijab, but it was eventually forced into law in 1983 on the grounds that it was a decree from a political and religious leader.

A movement started in Saudi Arabia three years ago against the conservative Islamic dress code. The case of Rani Soureya, the famous and reformist of Afghanistan 150 years ago, is well known. Rani Souraiya took off her veil in public and started walking in the open. She was also against the veil of depriving women of freedom. He also enacted a law that prohibited men from having more than one wife. When Souraiya went to Europe in western dress, people stood in line to see him.