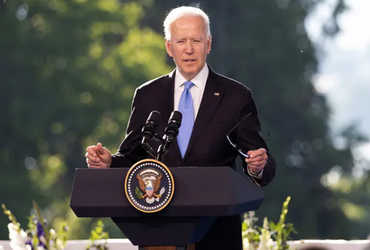 The Taliban have seized power in Afghanistan following the withdrawal of US troops, while the US policy of leaving the Afghan people alone has been criticized.

In such a situation, US President Joe Biden addressed America late on Monday and defended his decision.

Biden said that the US military cannot fight a war in which Afghanistan’s own soldiers are not prepared to fight and die. We went to Afghanistan 20 years ago with a very clear goal. The United States wanted to capture the attackers of 2001 and ensure that Al Qaeda did not use Afghanistan as its base.

“The events we are witnessing are tragic and proof that the US military cannot create a stable and secure Afghanistan under any circumstances,” he said. What is happening now has happened after fifteen years. I know my decision is going to be criticized but I am prepared to tolerate this criticism rather than handing over this responsibility to another President.

“We want to get the American people out of Afghanistan as quickly as possible,” he said. For this, 6000 American soldiers have been deployed.