What were the police and the government doing when the temple was demolished? : Crops. supreme 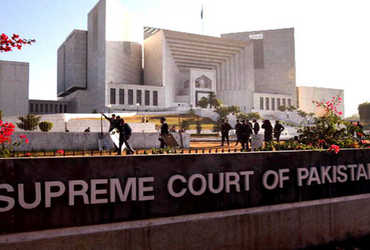 (PTI) Islamabad, Ta. 3
A hearing was held in the Supreme Court of Pakistan on the issue of demolition of a Hindu temple in the Punjab province of Pakistan. The top court had reprimanded Imran Khan’s government and police and ordered immediate arrest of the robbers. Not only this, he also ordered to take steps to not demolish the temples from now on.
A Hindu temple was demolished by a fundamentalist group in the town of Bhong in Rahimyar Khan district of Punjab province. The temple was vandalized and the idols were broken and the people present in the temple were beaten up. Imran Khan’s government had ordered an inquiry into the matter. The Supreme Court of Pakistan also heard the matter by taking suo motu cognizance.
Chief Justice of Supreme Court of Pakistan Gulzar Ahmed has raised questions on Imran Khan’s government. The Chief Justice asked what was the police doing when vandalism elements were vandalizing the temple. Why has the government not taken any action?
The Supreme Court had directed Imran Khan to ensure the security of the existing temples. Such incidents bring shame to the head of the country in front of the world, so concrete steps should be taken to stop such incidents.
The Chief Justice took this news to the full court of the Inspector General of Police. The Chief Justice asked that what is the police doing for the protection of the minorities? In response, IGP Ahmed Ghani said that 80 Hindu families in Bhong have been given adequate security and the process of identifying the attackers has been started. The Chief Justice said that if the police commissioner, deputy police commissioner and district police chief could not control the radicals, they should be immediately suspended. The Supreme Court has directed the government to respond in this matter.