What was the end of José Geraldo Vieira? | Repetition 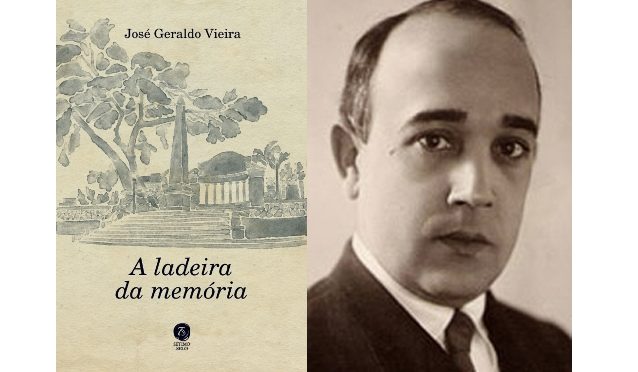 “A tiger, at birth, is always the first tiger in the world”, once taught the most inspired Ortega y Gasset, extracting from the sentence a beautiful parenthesis on the essential difference between felines and humans. Happy unconscious of death, prisoner of the eternal present moment, any tiger is content with a zoological existence among his peers, and with them more disputes than he identifies. He is born, lives and dies within the limits of a wild life, indifferent to all the veins of time. A tiger cannot disintegrate, while many men indulge in willful dehumanization. Useless: after Adam, no human can claim the “alienating luxury” of being the first man. When he was born, he already inherited a magnificent heritage made up of men and books – and which, to his delight or his shame, would haunt him forever.

Ortega y Gasset’s sentence fell asleep in the middle of the haystack of quotes that is taking up more and more space in my memory – but weeks ago it jumped with the brilliance and clarity of ‘a needle found unexpectedly. We were talking in a cafe (me and an old friend) about the decline of Catholic literature that sustains the Brazilian spirit in the last century, and of which we (the two of us and probably a few readers) seemed to be tributaries of the Jurassic. At one point, my table buddy cried out, in a somewhat quaint lament, “Where have all these books gone?” What happened to Vieira? “Serving us so far in a smiling silence, the friendly waiter could not help himself and risked the question:” Excuse me! This Vieira… is he this old player who has become a coach? – but soon he realized the mistake himself and walked away, with the mission to renew the cappuccinos at our table.

I never got to know what “Vieira” was referring to the waiter – but it quickly occurred to me that the young man might have preferred to have been born a tiger, so as not to have to deal with the heavy burden. temporal and cultural of humans. As for “our” Vieira, we continued to talk about him late in the afternoon: the Catholic writer of Azorean origin José Geraldo Vieira (1897-1977), who enchanted so many hours of my reading of youth and who was now resuming the post. – mature, like a grateful memory.

If Paris was well worth a mass, to the point of converting a Huguenot monarch to Catholicism, the Catholic José Geraldo Vieira could well be worth an article, capable of converting a new handful of readers to good letters – at the time, it was (and is still) the idea.

José Geraldo Manuel Germano Correia Vieira Machado Drummond da Costa — whom the practical sense of his early editors abbreviated as José Geraldo Vieira — was a successful radiologist when he made his debut in 1931 with the novel A Mulher that Fugiu de Sodoma, already bringing the main traces that will mark its trajectory of a dozen great books: biblical references and metaphors, explicit Catholicism and a creativity that will soon be both applauded and envied by his professional colleagues. Then come even more striking works, such as Human Territory (1936), A Quadragesima Porta (1944), A Túnica e os Data (1947) and A Ladeira da Memória (1950) – which, in addition to the usual reception, became his first bestseller, announced since the first edition: no less than 45,000 copies, quite simply the largest edition of a Brazilian novel to date.

But there has always been more than a handful of figures to guarantee the specificity of José Geraldo Vieira’s books. In fact, he created a differentiated literature: in the middle of the modernist period, his novels made a sign of classical scenarios and vocabulary; in the land of regionalisms, he produced a cosmopolitan fiction, with cultured and sophisticated characters and wrote with eyes turned to the most important part of the planet at the time: Europe, to which our artists tried to turn the back. And there was still a plethora of references to books, paintings, symphonies and authors, which for men of goodwill represented a generous opportunity to experience a culture that did not cross our provincial borders – but, for the reluctant. , it sounded like the raptures of pedantic and “exhibitionist” people. Decidedly, the universalizing character of this fictitious prose provoked an undisguised unease, in an environment tempered by the geographic and verbal dryness of the Gracilianos and Josés-Lins on duty.

Let the reader try to sum up the flow of large river basins in a glass of water – this is how I intend to present the greatness and importance of José Geraldo Vieira’s work in a short article. But it is worth presenting at least a trio of books, as an aperitif for those interested in the adventure of extracting them on the Internet or in booksellers scattered in the big cities: A Quadragesima Porta, A Túnica e os Data and A Ladeira da Memória.

Published sequentially between 1944 and 1950, A Quadragesima Porta, A Túnica e os Data and A Ladeira da Memória constitute the essential trinity of José Geraldo Vieira’s fiction, because they allow access (although in a limited way) to the whole of the work through them.

Installed in a large press agency based in the French capital, A Quadragesima… draws up a panel of the time (First war, Russian Revolution, Spanish Civil War, rise of Nazism-fascism, etc.) and its impact on the protagonists, members of a traditional Portuguese family. The metaphysical and religious investigations of the characters of José Geraldo Vieira have raised national literature to the level of the great French and Russian authors.

To mention a few characters (and there are many, of different nationalities) would only confuse the reader, as in Dostoevsky’s monumental pages – and the comparison is by no means unreasonable: the book is, in fact, a large billboard, full of quotes from artists, politicians and philosophers; models of cars and airplanes; towns, bars and restaurants, amid transcriptions in Latin, English, German and French. Even today, some qualify A Quadragesima Porta as a “great report”, perhaps because the difficulty of absorbing metaphysical themes is greater than digesting the large volume of factual information (always secondary, in a fiction) .

The second important mention is The Tunic and the Dice, certainly the author’s most explicitly Catholic novel – from the title itself, which refers to the design (in the dice) that the Roman soldiers made of the seamless tunic. of Christ after the Crucifixion. With the action concentrated in a Holy Week and in the dramas of a few characters (among them, Colonel Rogério, Analia Pharaon, the boy Jaiminho and the old Bernardo), biblical epigraphs abound in the book (Ecclesiastes, Exodus, but above all the four Gospels), finally tempering a story of an unexpected regionalist atmosphere. But, in place of regionalist and realistic Brazilian novels, universality is superimposed unscathed in the novel – for nothing is simple and geographically limited in a Catholic history (from the Greek katholikós: “universal”).

Last but not least, comes A Ladeira da Memória, which in José Geraldo Vieira’s work meant much more than an editorial phenomenon: it brought an important dramatic turn, with the sublime love story of Jorge and Renata, which takes place in Rio in January during World War II. Again, the boundaries of space-time do not imprison the main one, namely the psycho-moral consequences of the relationship: Renata is married and the Catholic faith and marital duties (we are not in a soap opera! ) prevent him from giving in to the desires of the flesh in Jorge’s arms. We are thus witnessing the unfolding of a tragic love, the unhappy outcome, within the limits of the sublime and the sacrificial.

Of course, any mentality corrupted by the current degradation of morals will give a glimpse of boredom or agitation where there is only greatness and redemption. Sad signs of the times …

In his Theory of the novel, the Hungarian György Lukács – Marxist and atheist – diagnosed that “the novel is the epic of a world abandoned by God”. This is still historically correct, insofar as the narrative genre marked by the novel flourishes and develops in the 19th century, a time of the infamous “disenchantment with the world”, of the official secularization of national states.

But we have to go further: it is an ontologically narrow definition – as it is intrinsic to the Marxist approach. If romantic fiction is the laboratory par excellence of human adventure, and if men are the very image of God, it follows that Literature will always be viscerally religious, theological, Christian, in a word Catholic.

Strictly speaking, this Catholic literary tradition is present in the work of authors who seem aware that human nature finds its teleology not in mere Beauty, or in prosaic “social inclusion” – but in Salvation. All writers (especially Catholics) have done so, with their respective peculiarities: Georges Bernanos, Leo Tolstoy and Fyodor Dostoyevsky, for example. And, in Brazil: Octavio de Faria (author of Tragédia Bourgeois) and our José Geraldo Vieira.

In short, it is not a simple impulse of style to risk it: from a spiritual point of view, and even artistic-literary, any recent production is only a proverbial footnote in literature, like the life of the Spirit in the contemporary world, is only a pale shadow of what was fully in the past.

After this successful triad, José Geraldo Vieira wrote several more books, including O Albatroz (1951), Terreno Baldio (1961) and A Mais Que Branca (1973). In total, there were about ten novels and a few other volumes of poetry, almost a fortnight. In an age where the parameters of quantity and quality intermingle and overlap, it is customary to measure the importance and strength of an author by the number of titles published – and, in this case, it is not. There has never been a dearth of critics and critics wondering why José Geraldo Vieira’s publications become scarce until they become scarce, in the last years of his life.

Blame it on the traps of time, both its lack and its fatal claws, which end up consuming and bringing us down. José Geraldo Vieira ended up dispersing in his activities as a teacher and art critic, but also in parties at the Academia Paulista de Letras (irresistibly close to his home). Ultimately, he was fatally stricken with relentless cancer in the fingers of his hands – the result of a late bill, from his time as a radiology doctor (in a pioneering era in which risks were underestimated and care with relaxed radiation).

It appears that, in the last photographs, José Geraldo Vieira wore bandages on the tips of all the fingers of his hands. It is also said that the face did not convey any sign of pain or anguish, signs so common in those who do not believe in transcendence and Salvation. But he believed. Not being a tiger, I knew that I was not the first man, nor the last, in the human adventure in this wasteland that we inhabit.

(What was the end of the waiter, who in his own way seemed to imagine the first boy, serving the first cappuccino? I like to think he’ll read this article which will never be the first. Or rather, maybe be yes. Or worse, at least for him …)