What the new UN report says on climate change 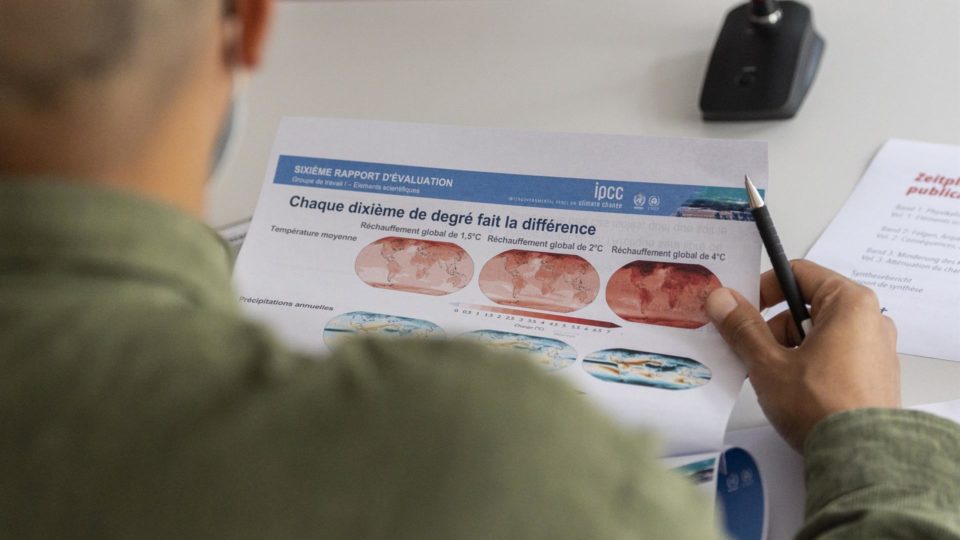 According to the analysis, carbon dioxide concentrations in the atmosphere were higher in 2019 than at any time in the past two million years. They also claim that the past 50 years have seen the largest increase in temperatures in two thousand years (considering 50-year periods).

Scientists predict irreversible, thousands-of-year changes in temperature, increased acidity and oxygen loss from the oceans, and conclude that human greenhouse gas emissions and the global warming are “unavoidable”.

The report is expected to influence diplomatic efforts to secure new commitments to cut emissions from the world’s biggest polluters at the United Nations climate conference in Glasgow in November.

Who wrote the report?

The document was prepared by the Intergovernmental Panel on Climate Change (IPCC), a United Nations body that has existed since 1988 to assess the science related to climate change. Two hundred and thirty-four authors drew on more than 14,000 independent studies from around the world to write the review.

The study, which takes advantage of improvements in paleoclimatic research, shows that the current rise in temperature is comparable to what has been, so far, the hottest period in 100,000 years, which has was produced about 6,000 years ago, known as the Holocene.

Some IPCC experts point out that the current concentration in the atmosphere of carbon dioxide, the main greenhouse gas, exceeds 410 particles per million, the highest in the past two million years.

If the current rate of emissions continues, the global temperature will increase by 2.7 degrees by 2100, compared to the average of the pre-industrial era, that is, between 1850 and 1900. They predict an increase. of the average temperature of 1.5 degrees. in 2040 and 2 degrees in 2060. Today, the Earth’s atmosphere is 1.1 degrees warmer than it was in the pre-industrial era.

The increase would result in more significant climatic events, such as droughts, floods, heat waves, and would be far from the target of minus 2 degrees set by the Paris Agreement, which even called for limiting this increase to 1. , 5 degree until the end of the century.

The report considers five scenarios, depending on the level of gas emissions achieved.

In the most pessimistic scenario, in which emissions of carbon dioxide and other greenhouse gases would double by mid-century, the scenario would reach catastrophic levels, with an increase in ‘about 4 degrees in 2100, compared to pre – industrial.

According to the document, each degree of increase could represent 7% more precipitation in the world, which would lead to an increase in the frequency of storms, floods and other natural disasters.

Extreme heat waves, which in pre-industrial times occurred once a decade, and currently 2.3 times, could be multiplied by 9.4 times (or nearly one per year) in a scenario with a temperature of four higher degrees.

Otherwise, in the hypothesis considered optimal by the report, with zero carbon emissions by the middle of the century, the rise in temperatures would be 1.5 degrees in 2040, 1.6 degrees in 2060 and would be reduced by 1 degree by the end of the century.

In addition to the global average, the report points out that the rise in temperatures will be uneven between regions, with the Arctic being the region most affected.

The report says humans have played an “undeniable” role in warming the atmosphere, oceans and soils. What started out as a theory is now an “established fact”, say the authors.

The conclusion, they say, is based on direct observations of recent changes in Earth’s climate, analyzes of tree rings, ice cores and other long-term records that document how the climate has changed in the past, and climate projection models.

The main human factors behind climate change are, according to the report, increasing atmospheric concentrations of greenhouse gases and aerosols from the combustion of fossil fuels.

UN Secretary General António Guterres: [Este relatório] it is a red alert for humanity. The alarms are deafening and the evidence is irrefutable: greenhouse gas emissions from fossil fuel combustion and deforestation are suffocating our planet and putting billions of people in immediate danger. our planet.”

John F. Kerry, Biden Administration Special Envoy for Climate: “What the world is demanding now is real action … We can achieve the low carbon economy we urgently need , but time is not on our side. “

British Prime Minister Boris Johnson: “Today’s report makes good sense and it is clear that the next decade will be crucial in securing the future of our planet … I hope today’s report will be a wake-up call for the world to act now, before we meet in Glasgow in November for the crucial Cop26 summit. “