What is the scenario one month from the German federal elections? 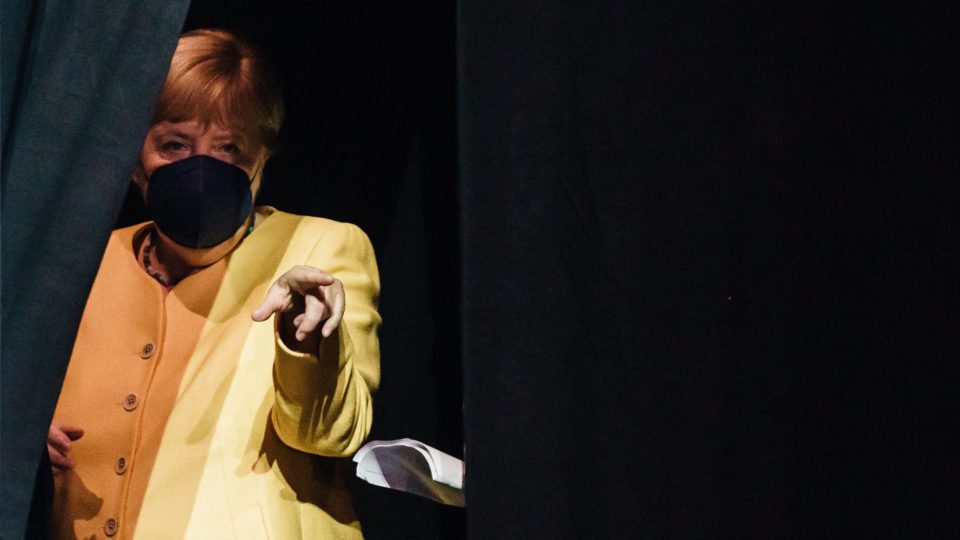 On September 26, the Germans will go to the polls to elect the new federal parliament and, therefore, the person who will occupy the post of prime minister. For the first time since 2005, this person will not be Angela Merkel. The leader of the Christian Democratic Union, the traditional German conservative party, will retire from party life. This creates a referential vacuum which can be exploited in particular by the Green Party.

It is not easy to replace someone who has held an important position for so long. Merkel, like any leader, has had mistakes and successes. The successes far eclipse the errors, an opinion supported by the German electorate, who gave him four terms as head of government. Yet even to her detractors, Merkel was a familiar figure, if you knew her positions, most of the time.

Now Germany will have to adopt something new. Even candidates with long public careers and leading roles, none of them have ever been prime ministers. At a time like this, part of the electorate will prefer the safest bet possible, the established names of the major parties. Another part, however, may embrace the idea that this is a ripe time for renewal.

Unlike presidential systems, however, parliamentarism makes it difficult for the electorate to embrace a total adventurer or an outsider. It is very difficult for a parliamentary regime to produce a Macron, a Trump or a Pedro Castillo. The revival ends up being much more names within parties or, again, via the growth of new parties, before with little to no space in politics nationwide.

This was the case with the Italian Lega Nord, once a regional party which, at a time of weakness of the major parties, obtained national representation. In this case, the biggest potential beneficiary of the German elections is the Green Party. This is not the first time that the column has dealt with the strong rise of European greens in recent years, nor in the specific German scenario, with the two regional elections held in March 2021.

A minimum of 598 seats will be elected to the German parliament, with additional seats possible to keep the proportionality of the vote in national legend. Currently, the Bundestag has 709 seats. This ensures representation that is much more faithful to the electorate and the proportion of the population, a scenario far removed from the distorted Brazilian Chamber of Deputies.

In the current parliament, the most important bench is the Christian Union, between Merkel’s Protestant CDU and the Bavarian Catholic Social Christian Union, with 245 seats. Second, the Social Democrats (SPD) with 152, then the nationalist alternative right to Germany (AfD) with 88, then the liberals (FDP), then the left and finally with 67 seats, the Greens. The smallest party caucus, bigger than the independents.

Election polls rank the Greens third most voted in next month’s election, and potentially second. Months ago the gap was so tight it allowed the Greens to flirt with the top spot. These votes have two main origins. One is that of left-wing and SPD voters who are unhappy, want a more pragmatic vote, or want to prioritize environmental issues.

The second origin comes precisely from the voters of the CDU. To think that they are “conservatives turned green” would be superficial. These are actually the people mentioned above. Those who think that it is time to renew itself, to have a chance for the party which has grown and which has gradually rendered service. People who don’t necessarily trust Armin Laschet as the leader of the CDU, or think he will be “more of the same”.

In addition to being well placed in election polls, the Greens are also systematically leading the coalition preference polls. It is practically impossible for a party to govern without needing to articulate a coalition with other parties to obtain a parliamentary majority. As in any country, German holidays are associated with colors, each with its own.

For this reason, there is also in Germany the curious habit of naming possible coalitions by making chromatic associations. Apart from the “Grand Coalition”, between the CDU and the SPD, we have the “Kenya Coalition”, with the black CDU, the red SPD and the greens, or the “Jamaica Coalition”, black, green and yellow of the FDP. A coalition of the red SPD, the greens and the yellow FDP is the “coalition of road signs”.

Investigations, however, can be affected by something unforeseen that occurs until then. For example, a possible Afghan refugee crisis should benefit the AfD, whose anti-immigration platform is perhaps its main feature. A possible new wave of coronavirus, or an economic impact, could wreak havoc on parties currently in government, such as the CDU or the SPD.

Interestingly, such potential issues shouldn’t affect the Greens so much. The general opinion in favor of the presence of the Greens in a coalition, as well as the potentially important vote of the party, means that it is safe to point out that next month’s elections will mean either a coalition between the CDU and the Greens, or a Jamaican coalition. The only question is how green the new government will be.