What is the difference between ISIS and ISIS-K? Why is the Taliban considered the biggest enemy? 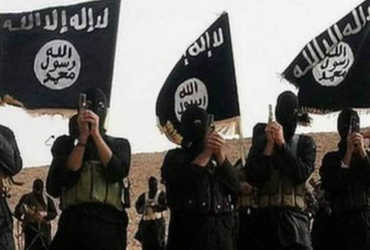 – The whole world currently believes in the victory of Taliban in Afghanistan but it is ISIS-K. there is only one explanation for

With the return of the Taliban to Afghanistan, many terrorist organizations have re-emerged. These terrorist organizations, weakened and fractured by the US attack, are now re-emerging under Taliban rule. They are carrying out terrorist attacks, killing people and challenging America, their greatest enemy. One such organization is ISIS-K, which considers both the US and the Taliban as its enemies. It is shocking but there is no direct link between Taliban and ISIS-K. Both are arch enemies of each other and have different ideologies.

In ISIS-K, K stands for Khorasan. This terrorist organization can only be seen as a branch or ally of SIS. When ISIS captured large parts of Syria and Iraq in 2014 and its strength increased manifold, many Pakistani Taliban joined hands with other terrorist groups. Their goal was to strengthen their presence in Afghanistan and it was renamed ISIS-Khorasan. Khorasan is actually an ancient site that once included the territories of Uzbekistan, Afghanistan, Turkmenistan and Iraq.

Now both Taliban and ISIS-K are spreading terrorism in the name of Jihad. Both have taken their lives and the enemy of both is America. However, the two do not get along with each other. The reason is very simple – the working style of both.

At a time when ISIS-K was trying to reinvent itself in 2015, it accused the Taliban of weakening the jihadist campaign. That is to say, the Taliban does not strictly follow Sharia law and has become a puppet of the United States.

Taliban and ISIS-K. distance between

Now it is important to understand that Taliban confine itself to Afghanistan whereas ISIS and ISIS-K have bigger dreams. He has dreamed of expanding Sharia law to many other areas. Its mission is to strengthen the jihadist mindset and enforce Sharia law in all the countries that fall within the imaginary borders of Khorasan. But this is not the case with the Taliban. The Taliban have always confined themselves to Afghanistan. He also wants to implement Sharia law, but only in Afghanistan. He also wants to fight America but also through talks with weapons.

How to become a bigger enemy?

Now this ‘dialogue’ is the only aspect that separates the Taliban and ISIS-K. A lengthy dialogue with the Taliban took place when the US decided to withdraw its troops from Afghanistan. There were many interpretations under the Doha story. He also made big promises to the Taliban. Now ISIS-K considers those promises as betrayal and treason. In his view, the Taliban have joined hands with their biggest enemy America. Although the entire world currently believes in the victory of the Taliban in Afghanistan, this is just an explanation for ISIS-K weakening its jihadist campaign.

ISIS-K is also a major obstacle for the Taliban. The Taliban want to form their government in Afghanistan but want their organization to be recognized worldwide. It is also making efforts but on several occasions ISIS-K has turned its back on it. According to the Taliban, terrorism will not be allowed to flourish on Afghan soil, but only then ISIS-K will carry out suicide attacks. That is why the US and the Taliban have attacked ISIS-K fighters on several occasions.