What is “Pingdemic” and how does it affect the UK 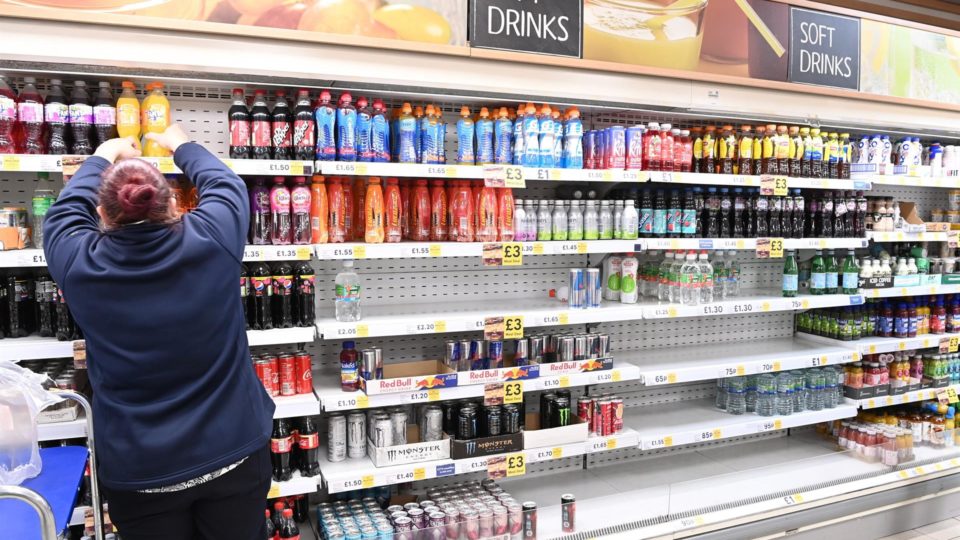 With so many employees isolating themselves after being warned by the NHS app, UK supermarkets are now under increasing pressure to keep shelves well stocked Photo: FACUNDO ARRIZABALAGA / Agência EFE / Gazeta do Povo

The UK is experiencing a “pingemia”. Hundreds of thousands of people have been ordered by the government to remain in isolation in their homes after coming into contact with people with Covid-19, at a time when cases of the disease in the country have increased rapidly. Absenteeism from work due to this health measure caused problems of shortage of goods and services.

The phenomenon stems from a measure adopted by the British government to track contacts of people with Covid-19. Thanks to an app from the National Health Service, Britons receive an alert (ping) on ​​their mobile phones if they have come into contact with an infected person. The government then recommends isolation for ten days.

However, the increase in Covid-19 cases in the country in recent weeks has led to thousands of people being warned to stay home. Although isolation is not mandatory, it has generated widespread labor shortages, even in sectors considered essential.

As a result, markets experienced shortages, small businesses were forced to shut down temporarily, and even utilities were affected.

It is not mandatory to install the Covid-19 app on smartphones, but since its launch in September last year, more than 26 million downloads have been made. Because it reaches such a large number of people, most isolation alerts are done through this service.

It works like this: when downloading the app, the user allows the use of the bluetooth of the cell phone so that the app can identify other users with whom he has had close contact in the previous days. If it is positive for Covid-19, the app notifies these users and asks them to self-isolate for 10 days.

Close contact usually means having been within two meters of someone for 15 minutes or more, such as on a bus trip, for example.

However, isolation is only mandatory in the case of traditional contact tracing. The cell phone alert does not require the person to stay at home, but it is a measure strongly recommended by the UK government.

More than 600,000 Britons were notified in just one week, between July 7 and 13. The measure is expected to remain in effect, according to Boris Johnson’s administration, until August 16.

Why has there been an increase in cases in the country?

The number of Covid-19 infections in the UK started to rise in May and peaked around July 20, despite 68% of the country’s population having been vaccinated with at least one dose of a vaccine anti-Covid. Experts believe that the spread of the virus during this period is linked to the rapid spread of the Delta variant, identified in India, which has become predominant in the country.

Importantly, there has been an increase in deaths from the disease: from 8 to 60 deaths per day, between May and July, which was expected due to the exponential increase in cases. But the number is far below the more than a thousand deaths recorded daily in January this year or April 2020.

After July 20, the number of infections fell again – despite the easing of almost all measures to restrict movement and agglomeration in England.

What are the consequences of so many isolated people?

Lack of manpower, from truck drivers to healthcare professionals. Because of this, small businesses had to temporarily close their doors, factories could not meet demand, which led to a shortage of some products in supermarkets. Public services are under pressure, such as hospitals, transport and garbage collection in some places.

The Center for Economic and Business Research (CEBR) predicts a severe blow of £ 4.6 billion to the UK economy next month from the pandemic.

The British government has adopted mechanisms to allow businessmen in essential activities to be able to exempt their workers from being alerted, such as setting up test sites in two thousand locations across the country.

However, small business owners complain that they cannot find these places easily and have difficulty registering employees who work in essential activities, the Independent newspaper reported.

What does Boris Johnson say?

The Prime Minister said the tracking and reporting system is essential for the UK to remove any restrictions imposed by the pandemic. He confirmed this week that the “pingdemic” will end on August 16th.

From that date, there will be no isolation recommendation for people vaccinated against Covid-19 (full vaccination schedule) – except for those showing symptoms. Despite this, the government will advise a person who has been in contact with a positive case to get tested for Covid-19.