What is Havana Syndrome, which has hit American diplomats again, this time in Vietnam 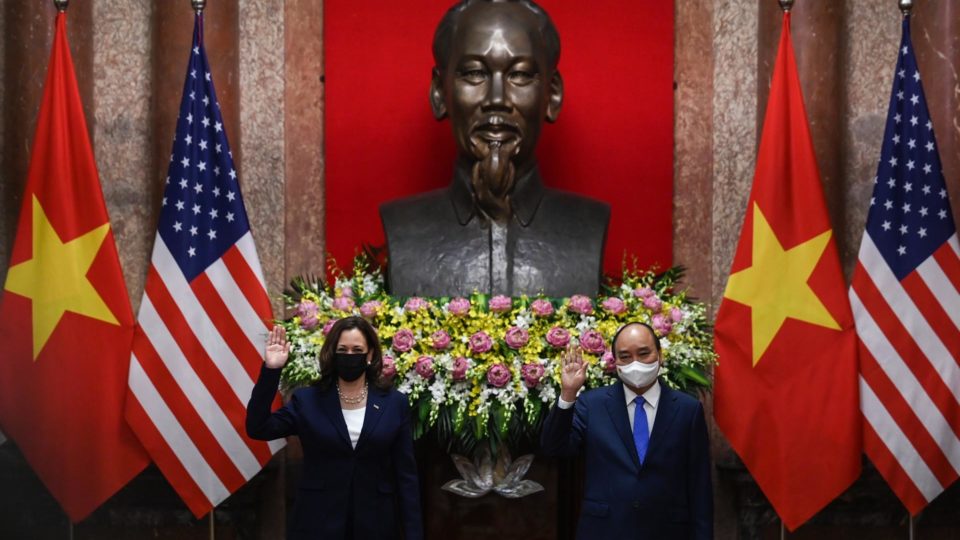 On his first trip to Asia as Vice President of the United States, Kamala Harris arrived in Vietnam on Tuesday evening (25), after his flight from Singapore to the Vietnamese capital was delayed by more than three hours, when Harris’s office has been alerted to an investigation into two possible cases of the so-called Havana Syndrome at the US Embassy in Hanoi.

Havana Syndrome is the name given to a series of mysterious health incidents that were first reported in the Cuban capital in 2016 by diplomats and other U.S. officials. At that time, most of the staff were new to the embassy, ​​which reopened in 2015 when then-President Barack Obama resumed diplomatic relations with Cuba.

Since then, other American diplomats and officials have been affected around the world.

Symptoms reported include headache, dizziness, vision problems, hearing loss, memory loss, difficulty concentrating, loud sounds and pressure in the head – such as in a car speeding up with speed. window partially open.

Officials told NBC News in July that up to 200 Americans have reported experiencing similar symptoms. The sources said there are already cases on all continents except Antarctica, and half of the cases have occurred among CIA officials or their families, with around 60 in staff from the Department of Defense and 50 others linked to the State Department.

Recently, around two dozen U.S. diplomats, intelligence officials and other officials in Vienna, Austria reported these symptoms, which has been the case with the most people affected by the mysterious symptoms since the first reports. of Havana. In another recent incident, an American diplomat in Berlin had to leave Germany and return to the United States after experiencing symptoms. There are also cases of Canadian diplomats with Havana Syndrome.

In response, federal agencies, the CIA and the US State Department have stepped up investigations to determine the possible causes and culprits of what the US government calls “unexplained health incidents.” Government officials Donald Trump and Joe Biden believe Russia is behind the attacks, although they have found no solid evidence linking Russian intelligence to business.

What can be the causes of Havana Syndrome?

During the first investigations into the Americans affected in Havana, the American authorities considered that it was an attack by a hidden sonic device, used to harm diplomats, which was denied by the Cuban regime.

There was also speculation that the symptoms were caused by pesticides, mass hysteria and even the noise of local crickets.

Four years later, the prevailing theory was that a possible device used to collect data from cell phones caused the symptoms as an unintended consequence. After the discovery of these effects by rival governments, the unknown device was intentionally used to cause damage to health, New York Magazine reported.

Late last year, a panel of American scientists concluded that the symptoms are likely caused by exposure to a type of “directed pulsed radio frequency” energy, which could include microwave radiation. It has become the priority theory for American investigators.

Earlier this year, a report from the United States Centers for Disease Control and Prevention (CDC), commissioned by the United States Congress and obtained by Buzzfeed News, indicated that the health problems of American diplomats in Cuba cannot be explained by their medical records.

For this report, the medical records of 95 American diplomats and their families who suffered symptoms in Cuba were assessed. “Basically what the CDC is saying is they have no idea what happened in Cuba,” a neurologist told Buzzfeed News.

Researchers at the Center for Brain Injury and Repair at the University of Pennsylvania performed an MRI scan to scan the brains of 40 Americans in Cuba. They found signs of brain damage, but no impact on the patients’ skulls. “It’s like they’ve had a concussion, without a concussion,” one of the investigators told The New Yorker.

Biden’s aides were told in early August that experts investigating the mystery syndrome had yet to find any evidence to support the theory that it was caused by microwave attacks launched by Russian agents.

Currently, the US government is working on two fronts to tackle the alleged attacks: A CIA team is investigating possible causes of the symptoms, while other officials are focused on finding technology that can block the attacks. according to the New York Times.