What do we know about the accident that killed Marília Mendonça 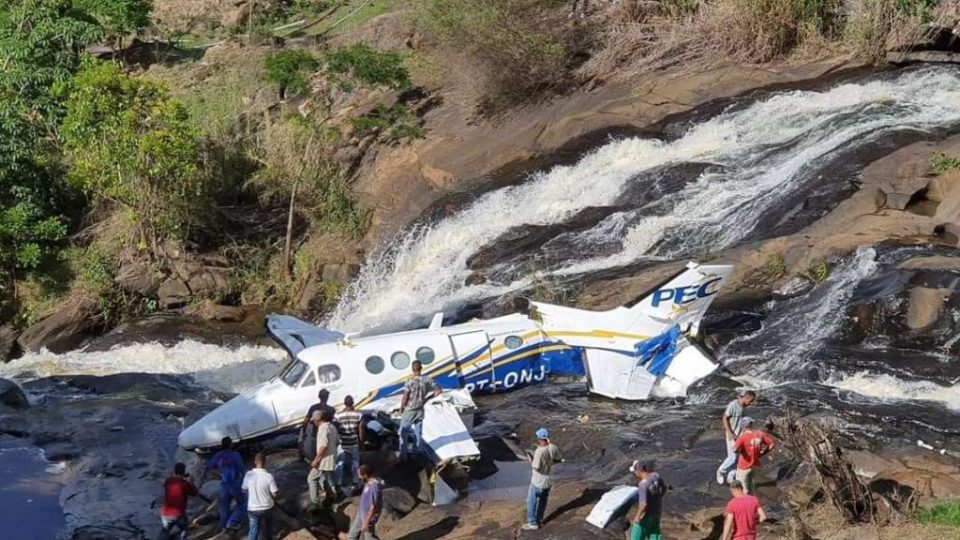 The Civil Police of Minas Gerais (PCMG) and the Brazilian Air Force (FAB) are working to investigate the causes of the air crash that killed singer Marília Mendonça and four others on Friday afternoon (5) in Piedade de Caratinga, in the interior of Minas Gerais.

An investigation was opened by PCMG to investigate the case, and agents were at the scene of the accident on Saturday with a team from the Aviation Accident Investigation and Prevention Center (Cenipa), of the FAB. Investigations are still ongoing.

Minas Gerais Energy Company (Cemig) reported that before the crash, the twin-engine plane carrying the singer and other victims struck the cable of a company distribution tower. However, it is still unclear whether the aircraft fell as a result of the collision with the transmission line cable or whether it struck the already falling equipment due to some other type of problem. .

Regarding a possible mechanical failure, the company PEC Taxi Aéreo, responsible for the aircraft, published a note specifying that the aircraft involved was regular with the National Civil Aviation Agency (Anac) and met the requirements to operate . Later, Anac confirmed that the plane was in order and that he was cleared for an air taxi. The company also said the crew were duly qualified by the regulatory agency and had extensive aviation experience.

This Sunday afternoon (7), a team from PEC Taxi Aéreo concluded the withdrawal of the aircraft from the site of the accident. The operation was supported by a helicopter and a crane. After removal, the plane will be taken to Caratinga airport, where it should have landed, in the municipality of Ubaporanga (MG).

The plane did not have a black box

La Cenipa informed, in the afternoon of Saturday (6), that the plane did not have a flight recorder, commonly called a black box. The device, which records audio flight information, is not required on small airplanes.

According to the agency, a single geolocator was found on the plane which could be used to compare the flight plan. The device is one of the pieces of evidence to understand the causes of the accident.

Cenipa also informed that all evidence that could be used in the investigation has already been removed from the plane and experts will no longer board the plane. From now on, the agency is waiting for the removal of the debris, which must be carried out by PEC Táxi Aéreo, to begin another stage of the expertise.

The reason for the death of the singer and her team has not yet been confirmed. However, in an interview with RecordTV on Saturday, Coroner Pedro Coelho, responsible for the autopsy in the city of Caratinga, said the most likely cause is blunt multiple trauma. “These are blunt injuries to several vital organs. We still can’t determine which came first, but there are several potentially fatal injuries, ”the coroner said.

The PCMG reported this Sunday morning (7) that the biological material of the victims had already been delivered to the Forensic Medical Institute (IML) of Belo Horizonte, which will carry out the necessary analyzes to elucidate the causes of death.

According to the experts, in addition to the expertise and investigation work on the scene of the accident, there are still additional examinations – which can take up to fifteen days to be completed – for the finalization of the expert reports. .