What are Keiko’s and the Right’s arguments for claiming electoral fraud? 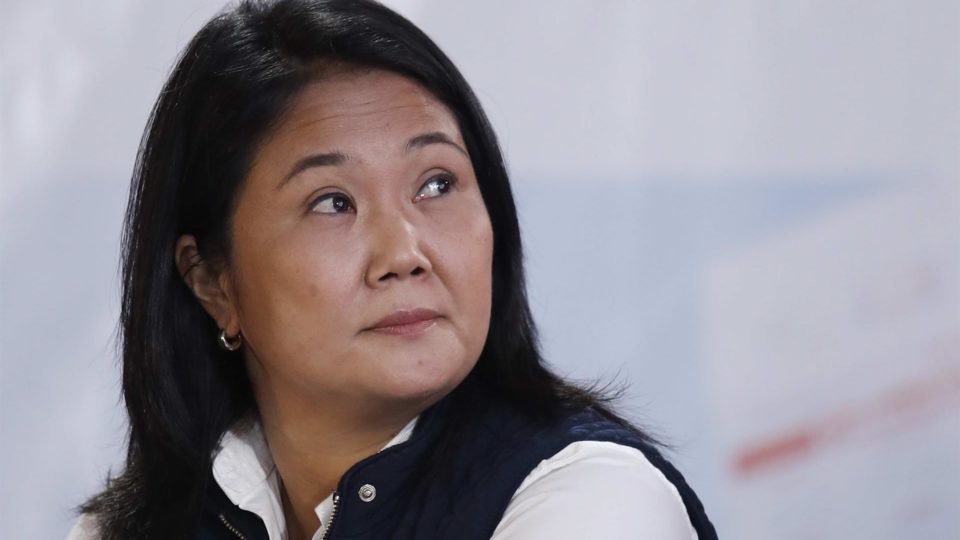 candidate Keiko Fujimori, during a press conference, denounced the “systematic fraud” in the presidential elections in Peru | Photo: EFE / Stringer

Forty days have passed since the fierce second round of the presidential election in Peru between Pedro Castillo and Keiko Fujimori, without a winner having been officially declared. The ballot box indicates the victory of the far-left candidate by 44,058 votes, but the Fuerza Popular and other right-wing parties are contesting thousands of votes, alleging the election was fraudulent.

The expectation, according to the national electoral jury (JNE, Peru’s main electoral justice body), is that the proclamation of the winner will take place next week.

Why are we talking about fraud?

Gazeta do Povo spoke with Daniel Córdova, a former Peruvian minister who led efforts for the Organization of American States (OAS) to request an audit of Peruvian presidential elections.

According to him, who is also president of Invertir Libertad, the electoral fraud took place in around 2,000 polling stations in rural areas of Peru, where international observers were not present, nor representatives of Fuerza Popular. Each of these tables is said to have about 200 votes, so they claim that 400,000 votes were invalidly recorded.

“At these tables there were only supporters of Free Peru due to the violent threats against members of the Fuerza Popular in these regions,” Córdova said, claiming that there is a relationship between Castillo’s party and Sendero Luminoso, a terrorist group that killed thousands of people in the country during the 1980s, through the Movadef (Movement for Amnesty and Fundamental Rights) and Conare, a radical teachers’ union of which Castillo was a member. “These political organizations are violent, they threaten, they intimidate. And this happened in several villages in Peru, where they did not dare to place Fuerza Popular personnel because they were threatened ”.

In the absence of opponents and observers in these places, Córdoba said the minutes could be manipulated.

The fraud allegations were refuted by the country’s electoral courts. Regarding reports filled out using a computer, for example, the JNE reported that in some polling stations the Automated Counting System (AES) was used, a tool to digitally fill in the voting reports. .

Special Election Jurors (JEEs), which function as first instance courts, have dismissed appeals filed by Fuerza Popular so far. Therefore, it is believed that JNE should confirm Castillo’s victory as soon as all challenge deadlines expire. International election observation bodies such as the OAS did not report finding evidence of fraud, while the European Union and other countries such as the United States and the United Kingdom said that ‘they believed the elections were free and fair.

However, Fuerza Popular and other right-wing parties say the country’s authorities are denying an audit of the disputed minutes, which could prove the alleged fraud.

“The authorities deny the information, they deny open standards for comparing voter signatures with voting records, and they have set up a global narrative that there is no fraud. And they deny an audit, which is simply a detailed examination of those two thousand paintings, ”Córdova told Gazeta do Povo.

The former minister also cited the resignation of one of the JNE jurors, in the midst of the proclamation process, as an indication of an alleged collusion between the authorities and the Free Peru party. Luis Arce Córdova demanded to be removed from his post shortly after the JNE, by majority vote, rejected Keiko’s party’s request to compare the signatures of the minutes questioned with the electoral lists of the Onpe (National Office of electoral process) and the national identification register.

“My irrevocable refusal to be a representative of the prosecution before the National Electoral Jury (JNE) aims to prevent the representation that I exercise and my minority votes from being used to validate false constitutional deliberations which, in reality, are decisions with political bias in the Plenary of the National Electoral Jury that I have had the honor of integrating honestly until today ”, declared Luis Arce in his letter of resignation.

Daniel Córdova also accused the government of Francisco Sagasti of being Castillo’s ally, as he noted “that the JNE is procrastinating, that it is doing its job badly” and that, therefore, it should request the international audit. “But [o governo] don’t want it, they don’t want to do it [auditoria], because they know that they are being asked, the OAS is coming [auditar] and would say if the fraud occurs. They refuse to do it. They are accomplices ”.

What is coming now?

According to the JNE, the 60 electoral courts of first instance (JEE) have already proclaimed the electoral results of the jurisdictions in which they operate. Now there is a three business day deadline for submitting appeals. However, complaints can only be lodged on the basis of differences in the number of votes recorded by electoral authorities, and it is not possible to invoke the cancellation of polling stations for fraud, intimidation, violence.

Lawyer Julio César Castiglioni, a member of the Force Populaire legal team, told Peruvian newspaper El Comercio that the Fujimorist group will appeal against at least 15 minutes of the JEE that do not favor its candidate. However, the total number of votes that need to be challenged stands at just 5,400, which is not enough to overturn the election result, according to Reuters, who also spoke with the lawyer.

Keiko, for his part, says he will not accept Castillo’s proclamation as Peruvian president. Its allies are organizing new demonstrations to denounce electoral fraud. An anti-Communist march is expected to take place this Thursday, from 3 p.m. (16 GMT).

Keiko’s supporters moved to central Lima on Wednesday and attempted to reach the government palace. Some of them, according to El Comercio, attacked official cars in which the ministers of health and housing were found. The party leader condemned the attacks.