What a future for those who cannot escape the Taliban 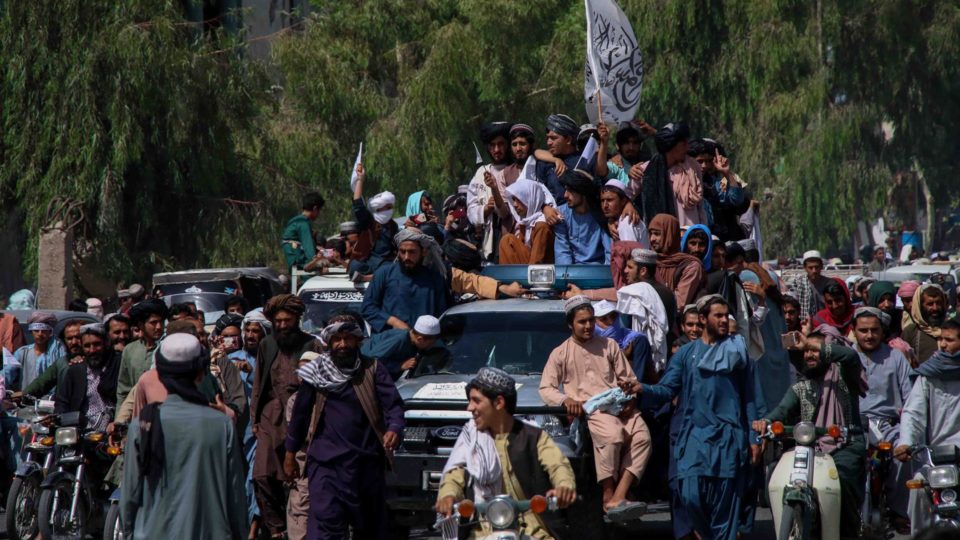 Taliban militants in the streets of Kabul celebrate the withdrawal of US troops from Afghanistan on August 31 | Photo: EFE / EPA / STRINGER

After twenty years of occupation, US forces have completed their withdrawal from Afghanistan, which is now under the control of the same fundamentalist group that controlled it two decades ago.

The takeoff of the last American military flight on Monday (30) symbolized the end of the American mission, but not the end of the conflicts and the threat of violence for the Afghans, after the takeover of the Taliban and the presence of terrorist groups in the country.

The Taliban promised moderation, but analysts and the international community were not convinced of the change. Recent acts and statements by the group indicate that the Taliban in 2021 is the same as it was twenty years ago.

Under the previous regime of the fundamentalist group, between 1996 and 2001, women did not have civil liberties, they had to be covered and could only go out in the company of a man. Punishments such as hand amputations and executions have occurred with some frequency, and there has been persecution of ethnic minorities.

The songs were also banned in the country. And, after his return, the Taliban have already indicated that music will not be allowed in public. On Friday, Fawad Andarabi, a folk singer from the Panjshir region, a stronghold of Taliban resistance, was dragged out of his home and shot dead by fighters.

The threat of terrorism is an even bigger problem in Afghanistan right now, with the presence of the local branch of the Taliban rival Islamic State and the release of prisoners after the fall of Kabul. In addition, the Taliban now owns the military arsenal left by US-led forces.

Afghans are under threat

“Now our 20-year military presence in Afghanistan is over,” US President Joe Biden said in a statement yesterday. He confirmed that over the past 17 days, US forces have conducted “the largest aerial evacuation operation in US history,” with the withdrawal of more than 120,000 US citizens, allied countries and collaborating Afghans. with the Americans.

Despite this, many Americans and Afghans remained in the country after the complete withdrawal of US troops and diplomatic corps. US Secretary of State Antony Blinken pledged to continue helping these people in a speech to the White House on Monday. “We will continue our unremitting efforts to help Americans, foreigners and Afghans leave Afghanistan if they wish,” Blinken said.

The secretary of state said “less than 200” Americans were staying there and wanted to leave. He did not provide an estimate of how many Afghans who collaborated with US forces remain in the country and wish to leave.

There are reports that the Taliban harass and execute Afghans who have collaborated with the United States in provinces further from Kabul and who do not receive as much media attention as the Afghan capital. One such case occurred in July, when a translator working for the US military was beheaded.

Last week, US officials handed the Taliban a list of “US citizens, green card holders and Afghan allies” for militants to travel to the US-controlled area of ​​Kabul airport in the middle. of the chaotic retreat of thousands of citizens in recent days. , Politico reported. The Taliban were responsible for security around the airport, and to get there people had to go through checkpoints commanded by militants.

It was feared that now, in possession of this list, the Taliban could easily find their targets. “Basically they put all these Afghans on a death list,” an unnamed defense official told Politico. “It’s just awful and makes you feel dirty.”

“There will be no more freedom of expression”

Journalists who remain in the country also fear for their safety. Taliban activists recently murdered a family member of a journalist with German broadcaster Deutsche Welle and left another seriously injured after searching the professional’s home.

Afghan journalist Zakarya Hassani told Gazeta do Povo last Thursday, the day the Islamic State suicide bombings killed nearly 200 people in Kabul, how he managed to escape from Afghanistan to Paris after the seizure of power by the Taliban. Correspondent for a French information network, Hassani obtained a visa for France.

He said he is still trying to find a way to get his family and fellow journalists out of the country, who work under constant threats to cover terrorism cases and expose corruption among officials. The next day, he learned that his best friend, journalist Alireza Ahmadi, was among those killed in the airport explosions.

Without a foreign visa and no name on any of the lists of allied countries, Ahmadi and his younger brother decided to try their luck by heading to the airport to attempt to board one of the flights.

Speaking to Al Jazeera, Hassani spoke of the dangers of being a journalist in Afghanistan. “I always knew that there would be an imminent risk to my life if the Taliban took power,” said the journalist, who, with his team, had his name included in the list of Taliban military targets in 2015. because of his reporting.

“Journalists across the country are being targeted, they are beaten, killed and their family members are persecuted. Those who remain in the country risk a bleak future. There will be no more freedom of speech for them. Afghan journalists, “Hassani told Al. Jazeera.

To avoid Taliban retaliation, Afghans in Kabul are destroying phone cards, erasing photos and videos, turning off social media and leaving their homes, reported Frud Bezhan, reporter for Radio Free Europe / Radio Liberty. “It’s not just among those with ties to the previous government, but among journalists, artists, activists, students,” the reporter said on Twitter.

On Monday, the United Nations (UN) Security Council approved a resolution focused on the safe exit of Afghans from the country, in addition to humanitarian aid and a condemnation of terrorism. China and Russia abstained in the vote on the measure.

France and the United Kingdom had proposed the creation of a safety zone at Kabul airport for the evacuation of people from Afghanistan after the end of the American evacuation operation. However, the adopted resolution does not address this issue and only asks the Taliban to allow the departure of anyone wishing to leave the country.