Wetlands cover an area of ​​1.31 million sq km in the world 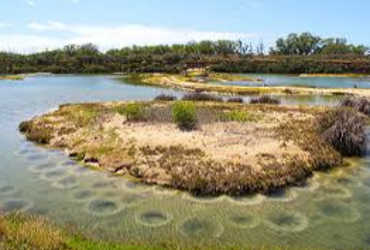 Many researches have shown that the changes that have occurred on wetlands, which are considered essential for biodiversity, are now reversed. When wetlands become dry, physical and chemical changes have the opposite effect on the soil composition of the wetlands. Surprisingly, once the soil is changed, it cannot be restored to its original state. Those involved in the discovery believe that wetlands are essential to the world’s biodiversity. The absorption of hazardous gases such as carbon makes an invaluable contribution to preventing permanent change. Wetlands are defined as areas that have been in shallow or shallow water for at least eight months.

Water keeps the soil and the surrounding environment moist. According to one source, wetlands are spread over an area of ​​181 million square km of the world. This wetland gives the world 4.5 trillion in deficit production, water quality and carbon emissions. Wetlands dry up naturally and also dry up upon drainage. According to research, once the amount of oxygen in wet soil increases, the oxidation of its organic matter also increases and inorganic minerals are reduced. When wetlands dry up, its soil cracks and acidity increases. At the same time, methane emissions are increasing.

Although the effects of drought in wetlands are short-lived, if it lasts for 10 years or more, it affects soil structure and water quality. Soils are also of different types so the effect may be different. It is known from local research but little research has been done in regions of the world including South and Central America, Africa, Middle East Asia and Oceania. Wetlands are drying up due to climate change. In such a situation, the responsibility of conservation and protection of wetlands increases.