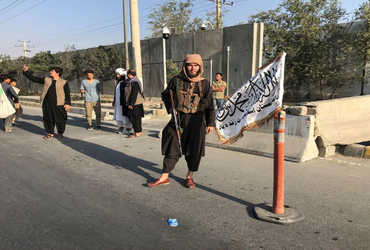 The United States and its allies have discussed the necessary steps to be taken before the Taliban regime in Afghanistan receives political recognition from the countries of the world. If such measures are not taken, foreign aid to the Afghan nation will be stopped.

The meeting of the Group of Seven (G-7) countries on Tuesday mainly focused on the withdrawal and security of foreign troops. However, the G-7 leaders also discussed the issue of stopping foreign aid, which Afghanistan desperately needs to pressure the Taliban to ensure the safety of foreigners and Afghans living on Afghan soil.

The US has set a deadline of August 31 to withdraw from Afghanistan, to which it sticks. This return will be completed in the next few days.

“Even after German troops leave Afghanistan, our country will continue to try to protect the local people,” German Chancellor Angela Merkel said. The army has rescued 200 people. Angela said the West needed to accept Taliban dominance over Afghanistan and that Germany would negotiate with the Taliban for the safety of the people.

“NATO (North Atlantic Treaty Organisation) countries need to make efforts to ensure that Afghanistan does not again become a safe haven for terrorists,” he said.