Welcome to China’s contribution to Afghanistan, Taliban spokesman builds a bridge of praise for China 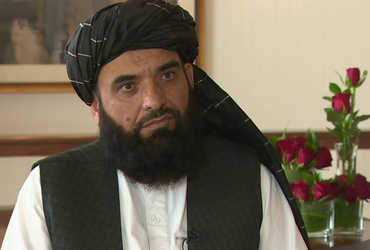 With the Taliban taking the reins of power in Afghanistan, there are signs that India’s arch enemies Pakistan and China will increase their influence.

Taliban spokesman Suhail Shaheen praised China for recognizing the Taliban government, saying in a statement: “China has played a constructive role in bringing peace to Afghanistan and we welcome China’s contribution to the country’s reconstruction.”

“China is a big economy and I think it will play a big role in Afghanistan’s development,” Suhail told a Chinese TV channel.

The Chinese ambassador to Afghanistan has also met the Taliban. A Taliban delegation also visited China before the Taliban came to power in Afghanistan.

It is now quite clear that China wants to increase its influence in Afghanistan after the withdrawal of America, China has also given similar indications.

There is a border of 76 km between China and Afghanistan. China had earlier assured the Taliban that Afghan soil would not be used for anti-China activities. In return, China promised to help Afghanistan.