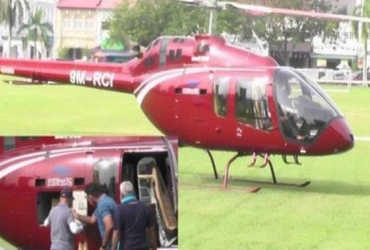 Corona has wreaked havoc in many countries of the world. The impact, especially on economic activity, has made many people reluctant to eat twice a day.

The incident is being criticized across the country. The incident is also being considered as a violation of the rules of Corona. Pictures of helicopters are going viral on social media and people are asking how can one do this when people eat twice a day.

While the matter sparked a heated debate, the police have now revealed that the helicopter was allowed to fly as part of maintenance. However, the identity of the rich person who ordered the rice is yet to be identified.