We will raise our voice for the Muslims of Kashmir: Taliban 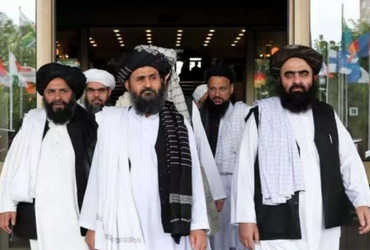 Ever since the Taliban captured Kabul on August 15, signals from Afghanistan that the central government’s fears that Afghan soil could be used for terrorist activities against India are now coming true. A day before the government was formed in Afghanistan, a spokesman for the Taliban’s political office in Qatar’s capital, Doha, poisoned Kashmir and said they would continue to speak up for Kashmir’s Muslims. Meanwhile, security agencies say that with the advent of Taliban rule in Afghanistan, terrorist activities have been increasing in Kashmir for the last one month. At the same time, the Taliban has increased India’s concerns by calling China its most important ally.

The Taliban were to announce a new government in Afghanistan on Friday. Taliban spokesman Zabiullah Mujahid said the Taliban had postponed the announcement of a new government by a day. A day before the formation of the government in Afghanistan, Suhail Shahi, a Taliban spokesman from the Taliban’s political office in Qatar’s capital Doha, told the BBC via video link that it is their right to speak up for Muslims anywhere in the world, including are Kashmir. However, this does not mean that they will launch an ‘armed campaign’ against any country.

Under the Doha Agreement with the United States, we will not allow terrorists to use Afghan soil against any country. “As Muslims, it is our right to speak for Muslims in any country of the world, including Kashmir,” Shaheen said. We will continue to raise our voice saying that these Muslims are your people, your own citizens and you should give them equal rights under your law. Shaheen’s remarks came after the Indian foreign ministry said that India’s ambassador to Qatar, Deepak Mittal, had met the head of the Taliban’s political office in Doha, Mohammad Abbas Stanakzai, at the request of the Taliban.

On the other hand, Taliban spokesman Zabihullah Mujahid called China its biggest ally in response to questions about the Taliban government’s strategy with the world and its relations with other countries before the formation of the new government in Afghanistan. The Taliban is likely to hand over the responsibility of resettling Afghanistan to China, which is on the verge of economic recovery. This is even more worrying for India. Mujahid said that China will re-establish this country by investing in our country.

There are large copper mines in Afghanistan. If China re-activates and modernizes this mine, it will be beneficial for Afghanistan. In such a situation, the involvement of Taliban and China may increase in the coming days, which will increase India’s problem. In the hope of financial help from China, the Taliban has started supporting every project that India opposes. The Taliban has backed China’s One Belt One Road project, saying it is good for Afghanistan’s economy. China, on the other hand, is in a hurry to recognize the Taliban government.