We will not form government unless there is a single American soldier in the country: Taliban 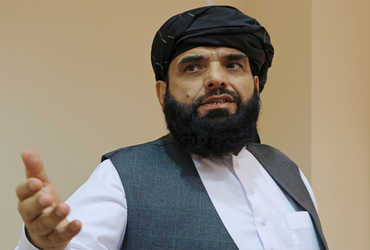 “We will not form a government as long as there is a single American soldier in Afghanistan and we will not announce the formation of a cabinet,” the Taliban said in a statement.

Taliban spokesman Suhail Shahi told a British website that the Taliban had earlier threatened the US of “dire consequences” if all troops did not return by August 31.

President Biden has said that all troops will be withdrawn by August 31, and if this deadline is exceeded, it will mean that they are increasing their dominance, and there is no longer a need to do so.

If the US and UK do this, it will create distrust between us, and it will provoke further backlash.