We will give a strong response as soon as Russian army crosses border into Ukraine: US 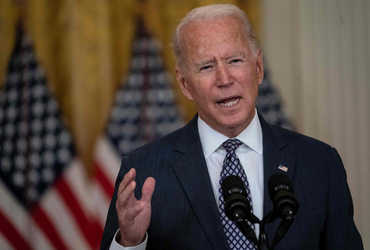 Washington, Ta. 20
Tensions between Russia and the US over Ukraine are increasing continuously. The earlier meeting between Russian President Vladimir Putin and US President Joe Biden on the issue was also a failure. Now on the issue of Ukraine, US President Joe Biden has said that Russia will be held responsible for the attack on Ukraine. If Russia attacks Ukraine, it will be in big trouble. Our allies are prepared to inflict serious damage on Russia and its economy.
US President Joe Biden has warned that Russia will invade Ukraine, but it will come at a heavy price. Biden has warned Russian President Vladimir Putin that if Russia invades Ukraine, we will impose stricter sanctions on Russia than ever before. “We have already shipped state-of-the-art defense equipment worth 200 million (about Rs 3.5 billion) to Ukraine,” Biden said. The material loss of life would be far more real for Russia in the event of an attack on Ukraine.
Amid the escalating dispute between Russia and Ukraine, US Secretary of State Anthony Blink also said last December that “we have not only coordinated with our allies and partners to look at our shared concerns, but we are also looking forward to Russia against Ukraine.” We will also take into account the new offensive of the U.S.. If adopted, we will provide a meaningful and comprehensive response. Russia’s aggression against Ukraine will have far-reaching consequences.
According to press reports, Blink told the President of Ukraine, Vladimir Zelensky, that the Russian military could strike at a very short notice. About one lakh Russian soldiers have gathered on the Ukrainian border. According to NHK World, Biden has approved an additional 500 million in military aid to Ukraine. He will also meet Russian Foreign Minister Sergei Lavrov in Geneva on January 9 to discuss the issue.
However, Russia reacted sharply to Antony Blinken’s statement. Russian President Vladimir Putin has said his country has no room to back down from tensions with the US over Ukraine. He said that unless Ukraine gives up its offensive line in the West, they will be forced to react harshly.
Despite Russia’s deployment of 100,000 troops to Ukraine’s border, its officials have repeatedly said they will not invade Russia. On the other hand, Western countries say that Russia has deployed troops along its border to prevent Ukraine from joining the NATO group. Russia, another country bordering Ukraine, has also taken a stand against Ukraine.