We have to admit that we have made a mistake, the video of a US Army officer is going viral after the attack on the Kabul airport. 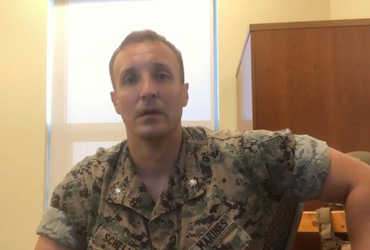 A video of a US Army officer is now going viral on social media after a suicide attack outside Kabul airport in Afghanistan, which killed 169 people, including 13 US soldiers.

The US military says a car bomb exploded at an Iraqi police recruitment center in Kisak, west of Mosul.

Shelley said, “I know I am risking my 17-year career by making this video viral, but I am compelled. I also had a personal relationship with one of the soldiers killed in the attack.”

Meanwhile, the Army has issued a statement regarding his removal from duty, saying that he has been released from command for breach of trust and disobeying orders.