We have no choice but to accept Taliban rule 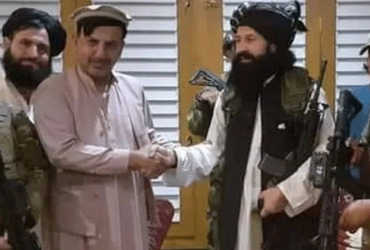 America, Russia, Europe, the whole world knew that the center of Taliban was in Pakistan, but nobody did anything.

New Delhi: “We have no choice but to accept the Taliban regime,” said Hasmat Ghani, the brother of President Mohammad Ghani after the Taliban regime came to power in Afghanistan. Had Ashraf Ghani not left the country, he would have been killed. Hasmat Ghani said that there was a complete plan to assassinate President Ghani. There was a plan to kill him and make him Saleh. He said that Saleh and his team are unable to do anything. If she could, she would not have survived like this. These people could not stay in Kabul when the Taliban arrived.

“We have spoken to Ahmed Shah Masood,” Hasmat Ghani said. We are trying to form the government. It includes all classes. There has been a lot of bloodshed. Heads of various tribes are trying to establish rule in Afghanistan quickly.

“I am not allying with the Taliban, but we have no choice but to accept it,” he said. The whole world has left us. America, Europe, Russia, India and China all know that Taliban is led in Pakistan, but what can we do if no one does anything. We are trying that the Taliban should form the government soon. The Taliban will also need trained people to run the country. During the previous period he had run the government and understood that it was not possible to run a government without international support. That is why we have advised the Taliban leaders to move forward together.

In the past few days, the Taliban have released a large number of criminals. So now the robbers on the streets are the culprits which the Taliban do not even know. That is why we have asked the Taliban to create a separate dress code for their fighters so that there is no misunderstanding.