“We are the saviors of the Taliban, they took refuge and learned from us,” Imran’s minister said. 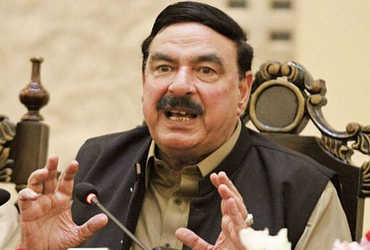 The Taliban have taken steps to form a government in Afghanistan. In the midst of all this, the Taliban is getting the most support from Pakistan. Sheikh Rashid, a minister in the Imran Khan government of Pakistan, once again publicly supported the Taliban and said that we (Pakistan) are the protectors of the Taliban leaders.

Sheikh Rashid, a minister in the Pakistani government, said he had taken care of Taliban leaders for a long time. According to the Pakistani minister, he has done everything for the Taliban.

Statements in support of Taliban in Pakistan

Notably, Pakistan has been making statements in support and praise of the Taliban. Pakistan’s Foreign Minister Shah Mehmood Qureshi recently announced that the Taliban would form the government in the next few days, shortly after the Taliban was confirmed.

Pakistan Prime Minister Imran Khan has already spoken in support of the Taliban. On the day the Taliban captured Kabul, Imran Khan called it a significant victory.

Apart from Pakistani politicians, Pakistani players have also raised their voice in support of Taliban. Former Pakistan cricketer Shahid Afridi recently said that the Taliban has come this time with a positive mindset that allows women to work and is a big supporter of cricket.

The US left Afghanistan after the Taliban came to power. On August 31, the United States officially ended its two-decade-long war.