War on many fronts in Panjshir Valley, Taliban fled leaving bodies of 40 fighters in Shotuli 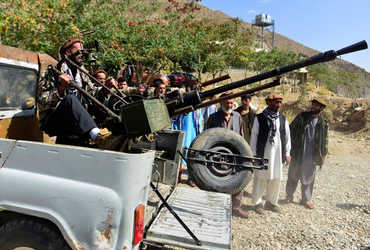 On the one hand, the Taliban is preparing to form a government in Afghanistan and is talking about establishing its relations with the world. But on the other hand it has not yet been able to capture the Panjshir area and the war is going on continuously. Fighting between Taliban and Northern Alliance fighters has been going on in Punjab since Monday.

ran away leaving the dead body

In addition to the fighting in Panjshir, a challenge facing the Taliban is that its fighters are not being treated in Kabul as staff at many hospitals are yet to return to work. That is why the Taliban have to fight the Northern Alliance on many fronts.

No explanation, the battle continues

There had been earlier attempts at talks between the Taliban and the Northern Coalition. Ahmed Masood, son of Ahmed Shah Masood of Panjshir, said he wanted to resolve the issue through talks but no agreement was reached between the two sides. In the midst of all this, the Taliban tried to infiltrate and created an atmosphere of war.

When the Taliban captured Afghanistan and entered Rashtrapati Bhavan, Panjshir was still out of their hands. The Taliban has been consistently claiming that Panjshir is in its possession, it has been surrounded but this has not been possible so far. Although the Taliban is currently considering forming a new government not only in Panjshir, but also in Kabul.