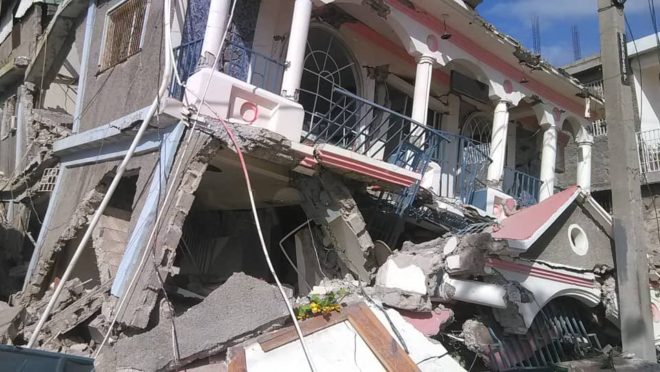 A magnitude 7.2 earthquake struck Haiti this Saturday morning (14), killing people, local authorities said. According to the country’s Civil Defense Chief Jerry Chandler, at least 227 people have been killed so far.

According to data from the United States Geological Survey (USGS), the earthquake occurred around 8:30 a.m. (9:30 a.m. Brasilia time), 125 km west of the Haitian capital Port-au-Prince.

On his Twitter account, the Prime Minister of Haiti, Ariel Henry, expressed his condolences to all those who suffered family losses and declared that he will mobilize all the resources of his administration to come to the aid of the victims. According to him, the situation is “dramatic”, with “several losses of human and material lives” in different departments of the country.

US President Joe Biden on Saturday called for an “immediate response” from the government to the incident. “The president authorized an immediate response from the United States and appointed the director of USAID (United States Agency for Development) Samantha Power as a senior American official responsible for coordinating this effort,” said the note published by the White House.

The White House statement did not give details on how the United States will act, or whether immediate aid will be sent to Haiti.

The shock could also be felt in Cuba, Jamaica and the Dominican Republic. According to the USGS, there is no risk of a tsunami in the region, although authorities have issued a tsunami warning.

The magnitude of this earthquake is even greater than the one that hit the country in 2010, which was 7 degrees on the Richter scale, killing more than 200,000, in addition to having occurred closer to the surface. .