Violence in Afghanistan has forced millions to flee to Kabul 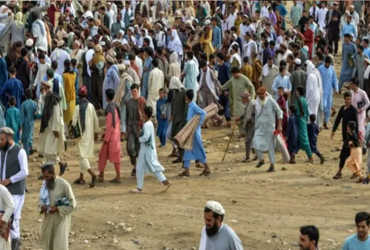 People are now being crushed in the ongoing war between the government and the Taliban in Afghanistan.

The Taliban have gained control of the country after US and NATO troops withdrew from the country. Fighting between the Afghan army and the Taliban has forced thousands to flee the capital, Kabul. They fled from the northern Afghan city of Kunduz.

People fleeing from here are saying that this is the fourth time that we have become refugees. We have not seen happy days, we have only seen violence, our homes destroyed in war. On one side the Taliban and on the other the Afghan army is firing.

The United Nations says violence in Afghanistan has forced 2.7 million people to leave their homes. Locals are migrating in large numbers, especially from the northern regions.

The Taliban claims to have captured 85 percent of the country. The Taliban are now eyeing the capital, Kabul. Two days ago the Taliban carried out rocket attacks on the capital Kabul.