Vijay Mallya to be extradited to India soon 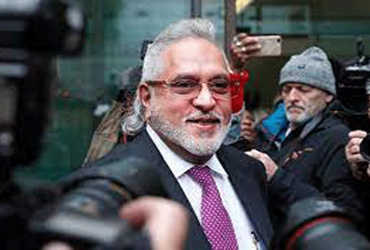 New Delhi: Fugitive businessman Vijay Mallya was extradited to India and his case as a refugee in Britain won Vijay Mallya’s appeal as a refugee earlier this month, but Indian agencies urged the UK government to conduct judicial review and treat him as a refugee. Pressured not to be allowed to stay in the form. ..

The decision now rests with UK Home Minister Priti Patel. “We have received positive signals from the UK government,” a senior government official said. The government claims that Mallya will return to India soon. The relief process has stalled and the UK is not going to gain much by defending Mallya in the UK’s opaque process.

The British court declared Vijay Mallya bankrupt, paving the way for a consortium of Indian banks led by the State Bank of India to confiscate his assets around the world. Vijay Mallya owes more than Rs 9,000 crore to banks.

According to sources, Mallya was able to convince the relief tribunal that he is likely to be harassed if he is extradited to India. The reason is that he knows too much about the powerful people of the country. He also listened to tapes of some influential politicians and journalists. He demanded the customary bribe for his Rajya Sabha seat and he also paid it. “If you want to do business in India, nothing is possible without bribes,” he said.

India is confident that Mallya can be brought back soon. Foreign Secretary Harsh Vardhan Shringla had last week claimed that the Indian government had given assurances to the UK authorities on the issue. The extradition of not only Mallya but also Nirav Modi and gangster Jayesh Patel has been discussed with the UK authorities.