Vigilance increased on Kovid cases in China, Beijing as well as across the country ahead of Winter Olympics 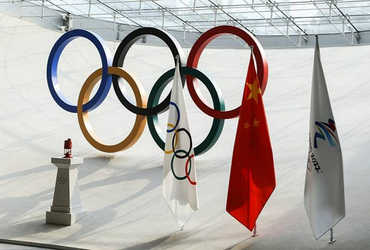 – 3 local patients found in Beijing: Jan. There have been 10 cases of Delta and Omicron since 15 and this number is negligible.

Beijing: The Winter-Olympic Yard is just a few days away. At that time, China has made tremendous preparations to prevent the infection of Kovid-12. It has banned cold chain firms. At the same time, citizens have been asked not to gather without reason. Because cases of Kovid have been reported in the capital.

6 infected were reported in Beijing on Wednesday. His symptoms have also been confirmed. Apart from this, 1 local case has also been seen on January 18. Local health officials said this on Thursday (30th). This January BC On 19th, 10 local infected of Kovid were also seen. This also includes the cases of Delta and Omicron. However, this number is negligible compared to the rest of the world.

However, Chinese officials are working hard to stop the transmission, and telepress in and around Beijing, where Ta. With the Winter Olympics starting on February 8, China has stepped up its vigil.

However, as a precaution, it has decided not to sell tickets for the Olympics. On the other hand, in general, dignitaries from different countries are also present at big sporting festivals. Some countries have even boycotted the Winter Olympics, citing human rights abuses by China, if dignitaries from other countries are not present. Estonia is the first.