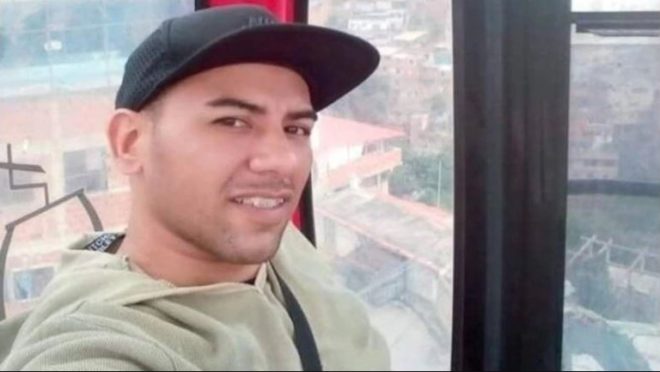 Medina Díaz has been “in preventive detention, without conviction, since April 24, 2020,” said Alfredo Romero, director general of the NGO Foro Penal. “He had been in serious condition for over a month without medical attention. He is the ninth political prisoner to have died in detention since 2014, ”Romero denounced.

He was held in the Nelson Mandela annex of La Pica prison in the Venezuelan state of Monagas, and was transported on Saturday to the emergency room of a local hospital, “under pressure from his cellmates”, where he died of respiratory arrest, Gonzalo Himiob reported. , vice-president of the criminal court.

Medina Díaz was arrested in April 2020 along with eight other people, accused of an alleged plot to kidnap Diosdado Cabello, the number two of Chavismo and vice-president of the United Socialist Party of Venezuela (PSUV). However, no evidence has yet been presented on the case. The nine are accused of treason against the country, criminal conspiracy, arms trafficking and forming armed groups, and none of them has ever been convicted.

At the time, the US State Department offered rewards of up to $ 15 million to anyone who handed over dictator Nicolas Maduro and his associates, including Cabello, accused of drug trafficking, to US authorities.

Local press commentators believe the defendants will be found guilty by the court, regardless of the defense’s actions, during their trial starting in September, due to Diosdado Cabello’s influence in Venezuelan courts. In addition, there are allegations of irregularities in the judicial process of the case.

According to local press, Medina Díaz’s death certificate indicates that the political prisoner died of tuberculosis.

Member of Parliament Olivia Lozano of the National Assembly of Venezuela commented on the case and repudiated the treatment of the dictatorship of Nicolás Maduro for political prisoners in the country.

“How many more political prisoners must die under the yoke of a criminal regime which, violating all human rights and denying due process, jails those who think differently?” Lozano asked on Twitter. “I ask for freedom for all political prisoners.”

In Venezuela, there are currently 265 people detained who are considered “political prisoners,” reported the NGO Foro Penal in its latest report, released last week. Among those arrested, 250 are men and 15 are women. The organization also indicates that there are 137 civilians and 134 soldiers among the detainees, including a teenager.

The Secretary General of the Organization of American States (OAS), Luis Almagro, said on Twitter that he certifies the list of political prisoners published by the Foro Penal.