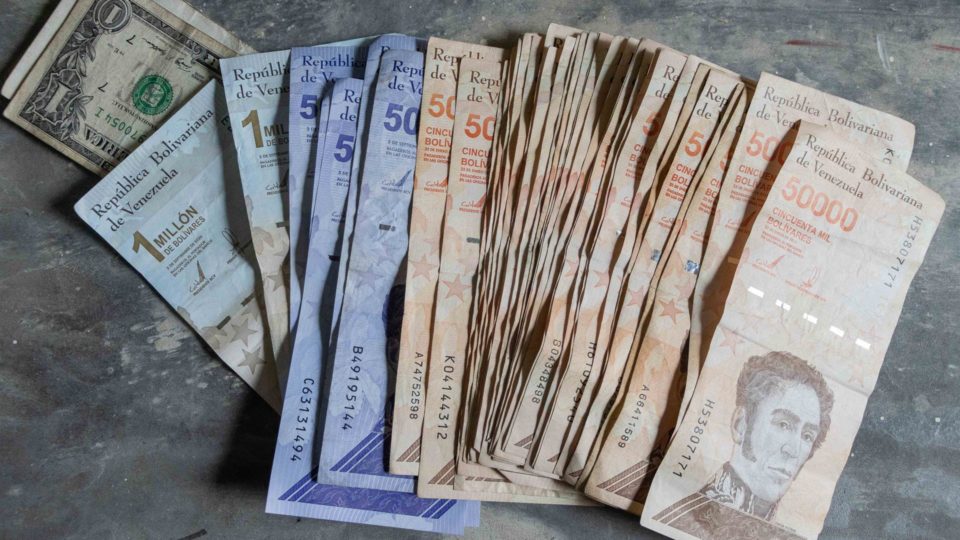 The Venezuelan government announced this Thursday a new conversion of its currency, the third of the century to date, with which it will remove six additional zeros from the so-called sovereign bolivar. Photo: Ronald Peña / Agence EFE

The government of Venezuela announced on Thursday a new currency conversion, the third of this century, which will take effect on October 1 and will eliminate six zeros from the sovereign bolivar to give birth to the digital bolivar.

“From October 1, 2021, the digital bolivar will enter into force, with the application of a monetary scale that eliminates six zeros from the national currency. In other words, all monetary amounts and anything expressed in national currency will be divided by one million. “, explains a statement from the Central Bank of Venezuela (BCV) issued by the Minister of Communication, Freddy Ñáñez.

In 2007, Venezuela underwent its first conversion process by removing three zeros from the currency that turned into a strong bolivar. In 2018, another process culminated in the birth of the current sovereign bolivar, eliminating eight other zeros.

The statement added that “this change in monetary scale” is based on “the deepening and development of the digital economy” in Venezuela and considers it “a necessary historical milestone at a time when the country is embarking on the path of economic recovery “.

Despite this, there will be a coin of a bolivar and cells of 5, 10, 20, 50 and 100 bolivars, all with the face of the liberator on one side and a reference to the battle of Carabobo, fundamental in the process. of independence, on the other.

“The introduction of the digital bolivar does not affect the value of the currency. In other words, the bolivar will not be worth more or less, only a simpler monetary scale is made to facilitate its use”, details the press release.

“The physical bolivar and the digital bolivar will coexist in an approach aimed at regaining their strength and their reference as an expression of our economy”, adds the information.

Due to the devaluation of the current sovereign bolivar, the banknotes practically disappeared, as the one with the highest value, one million bolivars, was worth around US $ 0.25.

Venezuela is going through a process of dollarization of transactions, which is why the US currency is predominant in cash payments. Most of the time, payment in bolivars is made by card or by bank transfer via a smartphone application.

However, one of the biggest problems with digital payments is the poor quality of internet service in the country, which often makes payment through these platforms impossible.