USA or China, who won the Tokyo Olympics? 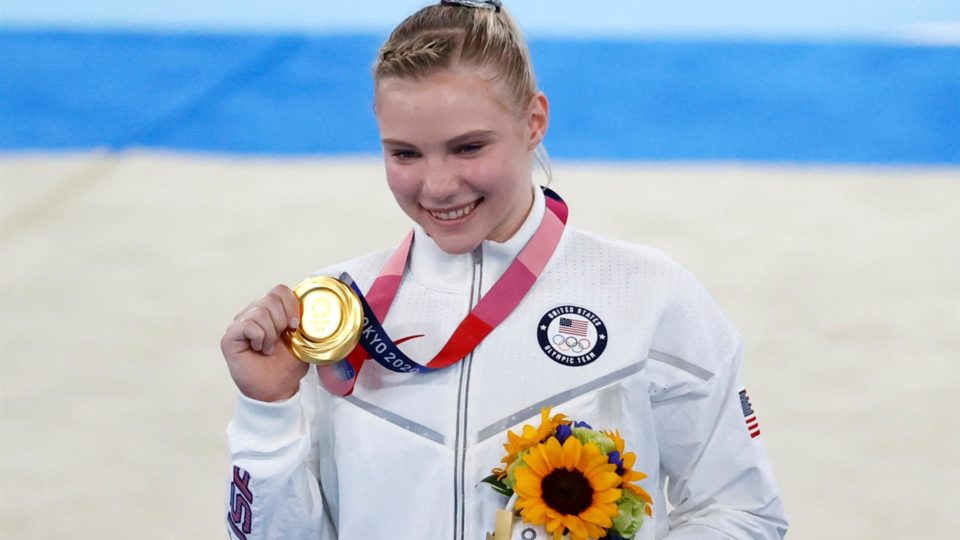 Jade Carey of the United States displays her gold medal on the podium for women’s floor exercise during the artistic gymnastics events of the Tokyo 2020 Olympic Games in Tokyo, Japan on August 2, 2021 | Photo: COMMENT HWEE YOUNG / Agence EFE

The Tokyo 2020 Olympic Games, organized in 2021, are drawing to a close. With a timid closing party due to the pandemic, the Japanese capital is preparing for the passage to the Paralympic Games, scheduled for August 24. The games weeks were accompanied, in various media and Olympic committee profiles, by a discussion of who would win the games, which country was first and which country finished the games first.

The United States finished with 39 gold, 41 silver and 33 bronze, for a total of 113 medals. It is the country that has obtained the most gold medals and the most medals. For most games, however, the country lagged behind China in diamond count, the commonly used criterion for the “score” of games. With this, several newspapers in the United States began to use the criterion of the total number of medals, to place their country at the top of the “bulletin board”, because in this number the dominance of the United States was constant.

On the last day of the games, literally, the US delegation won two more gold medals and overtook the Chinese. As if nothing had happened before, the same newspapers returned to the “classic score” of quantity of diamonds. The United States first, then China. Okay, a little arrogant, but that would only be a footnote, an anecdote, far from justifying an entire column on the subject. If the subject had ended there, of course.

Printouts from Chinese social networks and at least one Chinese newspaper began to circulate, showing a “scoreboard” in which China ranks first. Again, it’s all a question of methodology. In this case, the sum of the medals of the delegations of the People’s Republic of China, Hong Kong and China Taipei. It is, from Taiwan, the sports delegation that represents the Republic of China, under another name, due to the one-China policy adopted by the two republics.

Hong Kong competes as its own Olympic committee, founded in 1950 and maintained by the 1997 agreement between China and the United Kingdom, a situation that will last until 2047. It is even reasonable to add the Hong Kong medals to those of the People’s Republic. of China, but the sum with those of China Taipei is more shameless. And political. “They are all Chinese,” someone might claim. Correct, they are from the same nation, but the intention of the sum is, in addition to guaranteeing the first place in the “scoreboard”, to designate that it is the same state.

Okay, so this is an American-Chinese dispute? An Italian newspaper classified the sum of the Olympic committees of the European Union as a single competitor. The total of 61 gold, 74 silver and 89 bronze medals would make the EU the big winner of the games. Of course, this sum is just for entertainment, since, if the rules were true, several European athletes would eliminate others from competitions, thus reducing the possibility of final medals.

The joke took on more serious contours when it was shared by politicians in the European Parliament. The first was probably Radek Sikorski, former Polish foreign minister for seven years. Here in our space, the relationship between sport and politics has sometimes been discussed. Even in the case of the European Union, and a unified delegation would undoubtedly be a curious step in the process of European federalization, although with perhaps stronger negative repercussions.

The reason the rubric uses “scoreboard” in quotation marks is that there is no official scoreboard between countries, a general competition between Olympic committees. There are 33 sports, with 50 modalities and 339 competitions. Each of them has a beginning, a middle and an end. The “dashboard” between countries is a creation of the public and the press, a way to intensify and sell competition. The sense of homeland is a great marketing tool in sports, which is not limited to agony or the pleasure of taking root for someone.

Many readers had probably never followed a skateboard competition before. Yet millions of Brazilians applauded the “fairy” Rayssa Leal. They certainly didn’t follow a sport in which there weren’t many opportunities for a Brazilian athlete, even a sport they rooted for a compatriot in the past. Spicing up the competition by creating a medal leaderboard can be a healthy joke or harmless marketing.

It can also be politics and propaganda. Affirmation of a country, projection as power, “calling card” to the world. The relationships between sport, national image and soft power are analyzed a lot. In the case of the Olympic Games, the clash between the two Cold War superpowers, the United States and the USSR, is perhaps the best example. Between 1948 and 1988, eleven summer games were held. Two of them, in 1980 and 1984, were marked by boycotts.

In the 1948 games, the USSR did not compete for the socio-economic problems derived from the destruction of WWII. Of the remaining eight games, the United States won more gold medals and more total medals in 1952 and 1968. In 1964, they ended up with more gold medals but fewer total medals. In the other five editions, the Soviets triumphed in both criteria, and in 1976 and 1988 East Germany overtook the United States on the “scoreboard”.

Emphasizing a competition between the United States and, now, China, for the summit of the largest sporting event on the planet in terms of the number of sports involved, is also to underline the idea that the two powers are in conflict for global significance. It revamps the old dispute between the US and the Soviets, in an “updated” version, in what is sometimes referred to as Cold War 2.0, although the Chronicle has some restrictions with that term. Besides creating a single EU account, it also has a political message.

In response to the column title, the nation that won the fictional “all-around” in Tokyo was of course the United States. The adoption of “soft” criteria serves to create stories in shock. More important than arriving at the top of this “scoreboard” is to understand, for example, that the American position is a consequence of a large public school sports structure, or to attend historic moments, like the first medals of small nations like Burkina Faso, San Marino and Turkmenistan.

In the end, in a way, the creation of a “scoreboard” between the nations, while being fun, distorts the Olympic spirit, the legendary truce between the Greek city-states during the games. Of course, this is a figure of speech, but applicable. And this phenomenon will certainly intensify in three years, in Paris. To sublimate the fight for weapons, which could cause a massacre, the dispute is for 5G, for the markets and for the consumers. And also for the highest places on the podiums.